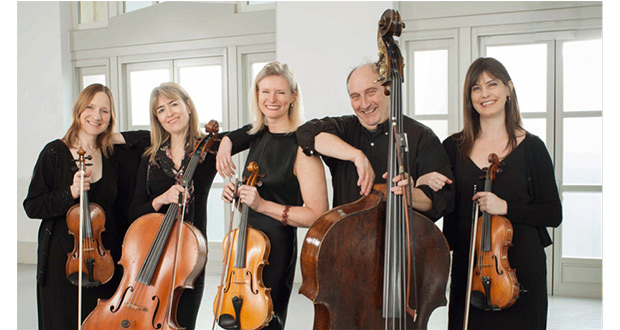 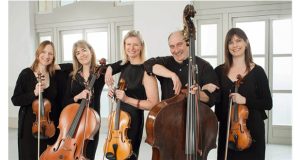 There’ll be plenty of strings attached to a new big night out at our the Norway Inn at Perrenarworthal later this month.

That’s because The Bournemouth Symphony Orchestra’s Resonate Strings quintet will be providing the musical backdrop to a special Four Seasons Dinner at the popular Norway Inn on Friday 15th February, raising money to fund specialist music performances in local schools.

Resonate Strings is a string quintet of musicians from the Bournemouth Symphony Orchestra, which regularly performs throughout the South and South West of England. The ensemble works in rural communities with schools and community groups across the BSO’s 10,000 square-mile remit, allowing children, families and music-lovers to experience the joy of live music first-hand. Featuring an instrument from each string section of the Orchestra, the quintet offers a rare chance to hear the beautiful sounds of stringed instruments in an intimate setting

The special Four Season themed event at the Norway Inn, which features a full, four course dinner, has been organised jointly by Bournemouth Symphony Orchestra and local Publican Mark Holden, who said: “The Norway has long been linked with excellence and top quality dining experiences, so to be able to bring down Resonate Strings and put on something really special to raise money for local schools is a real privilege. We’re so looking forward to it and I know the musicians are as well.”

The Four Seasons, Four Course Dinner starts at 7pm on the night, with tickets for the fundraising event available from the pub at £30 per head on 01872 864241. Proceeds from the evening will be used to fund community & school projects aimed at delivering engaging musical performances and workshops, to inspire the next generation of musicians, and to involve all members of the community.

Ben Jennings, BSO Participate Programme Manager- the Orchestra’s outreach and education programme- explained “The BSO believes in the power of music, as such we are committed to making music accessible and inclusive for everyone. We are delighted to be working with the Norway Inn to deliver this special Four Seasons event which will not only provide an evening of great entertainment but also help to provide for future musical projects.”

For more information about the special Four Seasons, Four Course Dinner, as well as a special Michael Buble tribute dinner planned for March, email info@norwayinn.co.uk or to find out more about Resonate Strings, visit www.bsolive.com.