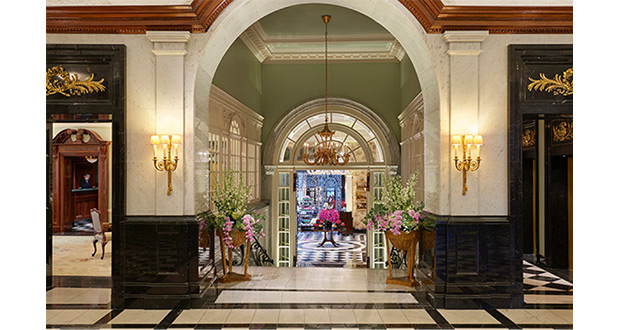 Ahead of the prestigious AA Hospitality Awards, the AA has today revealed the shortlists across four of the 23 categories: Housekeeper of the Year Award, Food Service Award, Eco Hotel of the Year and Customers’ Choice Award.

In the Customers’ Choice Award category London leads with all three hotels based in the capital: The Montcalm London, Marble Arch, Sofitel St James and The Arch. Now in its second year, the award, which is sponsored by ReviewPro, celebrates the hotel with the best guest reviews across 175 different online travel agencies and review sites in 45 languages.

Cumbria is recognised for its eco efforts with two hotels in the region. Appleby Manor Hotel & Garden Spa, Appleby-in-Westmorland and Cedar Manor Hotel, Windermere make the shortlist for Eco Hotel of the Year, alongside Fairmount St Andrews in Fife.

The Housekeeper of the Year category sponsored by Sealy Beds, which recognises outstanding commitment and performance, identifying a housekeeper who goes above and beyond the call of duty, has shortlisted Alison Richardson of The Black Swan Hotel in North Yorkshire, Ewa Bialonas from Hambleton Hall in Rutland, and Lukasz Smolarek of Edinburgh Park Premier Inn.

The Food Service shortlist, which rewards technical service skills and food and beverage knowledge of the highest standard, includes L’Enclume in Cumbria, Margot in London and Swinton Park in North Yorkshire.

This year’s shortlist demonstrates the strength and depth of hotels and restaurants in the UK that excel in areas that matter most to the guest; cleanliness, the environment, hospitality and service. They are all great properties and individuals and we wish them the best of luck on the 24th September.

The full shortlists revealed are:

The winners will be announced at the 21st annual AA Hospitality Awards on Monday 24th September 2018 at Grosvenor House in London. The Awards will also honour the best hotels, restaurants and pubs across the UK, the Lifetime Achievement Award, Chef of the Year and many more. All other award categories do not issue a shortlist in advance.