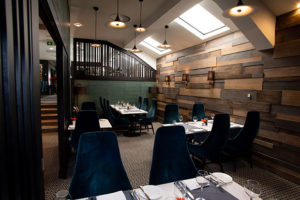 It is the third time that the independent hotel has triumphed in this category, and its latest success adds to a growing list of accolades won by the west end hotel since it opened in 2014.

The establishment and its culinary team have now been awarded more than 20 accolades: The Chester Hotel is the only property in the city to be awarded a four-star silver rating from the AA. In addition, it has two AA Rosettes and a recommendation in the Michelin Guide for fine dining in its IX Restaurant.

The hotel continues to push culinary boundaries in the region, both in the main restaurant and in modern private dining rooms, and The Chester Hotel general manager Stephen Gow says the latest honour underlines the hotel’s ongoing commitment to deliver an exceptional food and drink experience to its guests.

He adds, “The hotel opened in 2014 and winning ‘Hotel Restaurant of the Year’ for a third time is a worthy achievement which couldn’t have happened without our dedicated and very hardworking team.

“We are extremely proud of all of our kitchen team, who consistently deliver excellence and who are helping shape and influence the fine-dining scene in Aberdeen.”