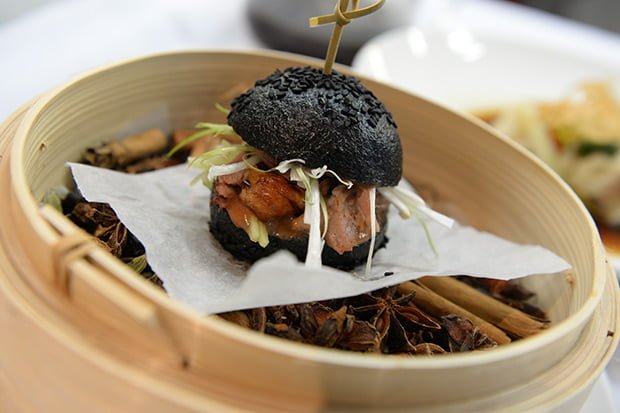 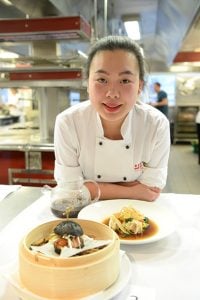 Amelia Ng from Manor House Hotel has won the coveted title of Wing Yip Young Chef of the Year 2019.

Putting Amelia and the other finalists through their paces was an elite panel of judges, including President of the British Culinary Federation, Peter Griffiths MBE, Michelin starred chef Glynn Purnell, and restaurateur, Larkin Cen.

Amelia has been awarded with the 2019 title, winning a £750 cash prize and a stage with Larkin Cen at his Bristol restaurant, Woky Ko.

Amelia said: “I am thrilled to have won Wing Yip Young Chef of the Year, especially given the standard of the other finalists.

“I heard about this competition from my mentor Ed Marsh and have been working very hard preparing over the last couple of months. I was thrilled to have made the final but to win the title is just incredible.

“The competition presented lots of challenges, but I’m so pleased that all my hard work paid off. The judges were brilliant and offered some excellent advice along the way. It’s an experience I won’t forget and one that I’ll take with me throughout my career.”

Finalists were required to submit two oriental dishes – a street food starter and a main course presented in a bowl.

Close runners up in this year’s competition were Sophie Botting from House of Commons securing second place, and Ryan Hyslop from South and City College Birmingham, Bournville Campus, who came third.

Peter Griffiths said: “This year was incredibly tough for the contestants but the judges and I were very impressed with the high standards brought to the table.

“Given the increasing popularity in street food, we incorporated a specific street food inspired course this year and each student exceeded our expectations with their dishes. 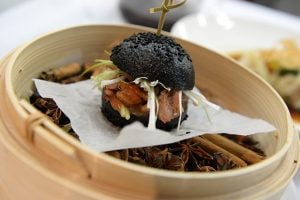 “Amelia demonstrated an excellent working method and good depth of oriental flavours and clearly put in a lot of hard work and practise in the run up to the competition.”

Wing Yip Director Ennevor Yap, who oversaw the competition, added: “The Young Chef competition is something which is very close to our hearts.

“We’re extremely passionate about championing aspiring young chefs from all over the country, and the competition offers an amazing platform for anyone who is passionate about cooking, whether that’s oriental or any other type of cuisine.

“On behalf of everyone at Wing Yip, we’d like to congratulate Amelia and wish her all the best with her future endeavours.”

As part of her prize, Amelia will be given a stage at Larkin Cen’s restaurant in Woky Ko, Bristol.