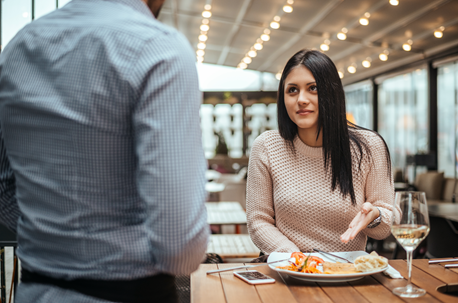 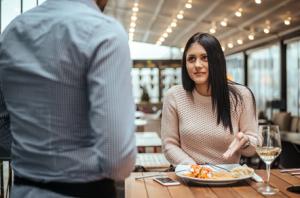 Bad hygiene has been ranked the biggest turn-off for customers dining in both restaurants and hotels, a new study finds.

A survey of over 2,000 adults conducted by Big Domain shows that the majority (56%) would make a complaint or request that money is taken deducted from a bill if they found an object in their food (such as a plaster or hair).

Almost half (49%) claimed that receiving a cold meal would also be cause for complaint, followed by receiving something different to what they ordered (42%) and because the quality of the food is not what they expected (35%).

Almost a quarter (24%) of adults admit to never leaving a tip for any kind of service at all, and for those that do, the average tipping rate is between 6% and 10%.

Younger people appear to be the most generous, with those aged 16 to 24 tipping between 16-20% on average. The most ‘tight-fisted’ age group is 55 years and over, with 16% leaving no tip at all.

The data also shows how 43% of people said they feel uncomfortable when a service charge is automatically added to their bill, and over a quarter (26%) will not leave a tip if they don’t believe it will go to the individual that served them.

One in 10 people admit they would ‘rather keep the money for themselves’ than add it to the bill, and a further 10% said they always leave a tip because they think it’s ‘polite’ and ‘the right thing to do’.

People’s tipping habits do, however, change when abroad, suggesting that generosity is increased when on holiday. For example, just 6% of respondents said they don’t leave a tip in a restaurant when on holiday, compared to almost a quarter (24%) that don’t when dining in the UK.

Men and women also tend to become more generous towards other services abroad and tend to tip hotel staff 50% more when on holiday than they would to hotel staff in the UK. (34% vs 15%.) This is also the case for bar staff, with just 12% of people tipping them in the UK and 20% doing so when abroad.