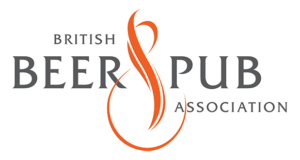 The British Beer & Pub Association has responded to the Welsh Government’s announcement that it will ‘press ahead’ with plans to introduce a 50p minimum unit price for alcohol in Wales.

“The beer and pub industry has seen a number of regulatory changes over the last decade and once again, we will now see another which will have a significant impact on how businesses operate in Wales.

“We look to the Welsh Government to provide clarity as to how and when MUP will be implemented. The BBPA has always been concerned about imposing conditions which penalise responsible drinkers and there is no denying that this decision will cause uncertainty, but what is important now, is that industry is given a break from any further blanket-regulations. This will also allow MUP to be properly assessed as a policy to reduce alcohol-related harm.

“The BBPA strongly supports policies and initiatives targeted at the minority of those who misuse alcohol and view this as the best way to reduce alcohol harm, without penalising responsible drinkers. We have been very active, with the removal of 1 billion units of alcohol from the UK market as well as raising unit awareness, providing consistent labelling and promoting lower strength products.

“In tackling alcohol related harm, it is education and awareness, through support for Drinkaware and other awareness programmes, alongside partnership working, between industry, local communities, police and the public health authorities that delivers the most effective results.”