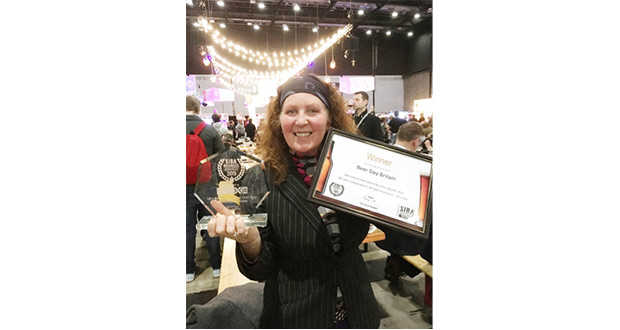 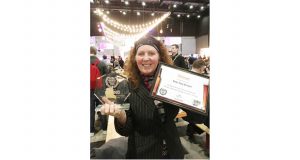 Beer Day Britain, the annual national beer day, has been recognised at the Society of Independent Brewers Association (SIBA) annual Business Awards 2019.  Beer Day Britain was named the Best Independent Craft Beer Promotion in the On-Trade and was also shortlisted for the same award in the Off-Trade category.

The SIBA award citation read ‘Judges loved the way that this grassroots campaign could, on no budget, have such a far reaching and important impact on promoting the joys of beer across the UK.’

Jane Peyton, instigator and project manager of Beer Day Britain said “Like millions of people I love beer and the pub is my favourite place to drink it so being recognised for the impact Beer Day Britain has made for beer in pubs is very gratifying. The fact that this is a business award will hopefully encourage more venues to see that celebrating Beer Day Britain is good for the bottom line.

“Planning for this year’s event is well underway” added Jane “and we’ve already had a commitment from several breweries, including Four Pure and Brewster’s, to get involved, with dozens of brewing and pub companies finalising their plans.  Beer Day Britain 2019 is already shaping up to be the biggest and best yet and anyone who wants to know more or get involved by holding events, brewing a beer or helping to raise awareness can visit www.BeerDayBritain.co.uk for ideas, or contact me at jane@BeerDayBritain.co.uk.  The new and improved Beer Day Britain website will be on-line in mid-April.”