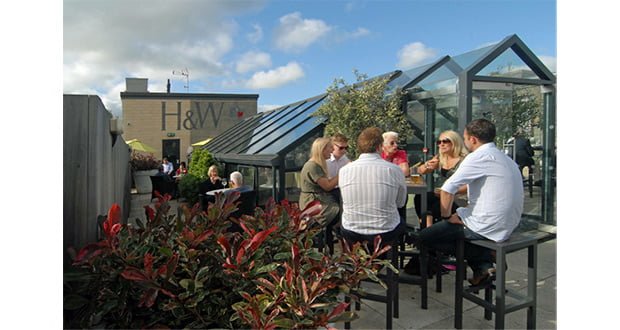 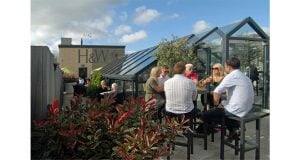 Britain’s pub and restaurant groups saw collective like-for-like sales grow 3.8% in March compared to the same month last year when trading was hit badly by the effects of the ‘Beast from the East’, latest figures from the Coffer Peach Business Tracker show.

“March last year was a month to forget when snow brought much of the country to a standstill. Both pubs and restaurants felt the effects with like-for-likes across the board down 3.1%, so these latest figures will be a relief as the sector regains lost ground,” said Karl Chessell, director of CGA, the business insight consultancy that produces the Tracker, in partnership with Coffer Group and RSM.

Managed pubs were collectively up 4.0%, with restaurant groups, which have suffered most in recent months, up 3.6%.

“Pubs also saw a recovery in both food and drink sales over the month, although drinks trade grew 5.7% against a smaller 2.7% increase in food, suggesting that the underlying trend drink continuing to outstrip food sales continuing,” added Chessell.

“The big test, of course, will come with the results for April and the Easter holidays. Last Easter was a bumper time for the sector with sales ahead 5.9% on the holiday weekend the year before, boosted by the fact that many people didn’t go out in March. The pressure to match that this time is now on,” he added.

“These results show that revenue levels across the sector returned to March 2017 levels last month. The market remains challenging for many casual dining operators who continue to face unprecedented levels of competition. The wide variety of choice including the popularity of food halls, markets and pop-up street food offers around the country continues to draw custom away from conventional restaurant and pub outlets and are increasingly the social meeting place of choice for younger consumers,” said Trevor Watson, Executive Director at Davis Coffer Lyons.

Saxon Moseley, Senior Manager at RSM, said, “With flowers blooming and the onset of British summertime, managed pub and restaurant groups bounced back this March with strong like for like performance unhindered by the poor weather conditions of last year’s ‘Beast from the East’. With the later Easter break in 2019 and the possibility of progress on Brexit, there is cautious optimism that April will see a loosening of consumer purse strings and further good news for the sector.”

Total sales across the 52 companies in the Tracker, which include the effect of net new openings since this time last year, were ahead 6.1% compared to last March.

“The latest figures have essentially got the market back on an even keel, as underlying like-for-like growth for the Tracker cohort, which represents both large and small groups, reached its highest level since July 2017, running at 1.5% for the 12 months to the end of March, a marked improvement on the 0.9% at the end of February,” said Chessell.