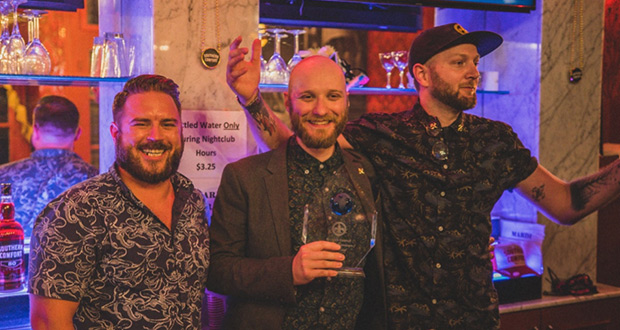 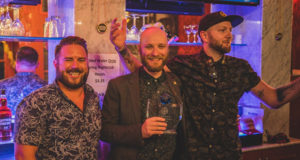 Bartender Lee Jones, of the Smokestack bar in Leeds, has won the International Final of the Southern Comfort Southern Showdown 2018 cocktail contest, held in the cocktail capital of the world, New Orleans.

Lee’s winning drink, the Whitesmith Cobbler, won through against strong competition from Irish and Australian Southern Showdown winners. All three international finalists had already triumphed in their national contests, where they were challenged to recreate the spirit of their home town in a cocktail, just as Southern Comfort captures the spirit of New Orleans.

Up against Lee were runner-up Daniel Gregory of the IXL Bar in Hobart, Tasmania, with his Where the Wild Things Are cocktail, and third place Shane Groarke of Cask bar in Cork, with his creation called Non Genuine But Mine.

Making their winning cocktails for the judges, the finalists earned points for the flavour of their drink, their technique and presentation skills, and their knowledge of the history and heritage of Southern Comfort, created in New Orleans in 1874 by bartender M.W. Heron

Lee said: “To be in New Orleans representing the UK for the Southern Showdown Final is about as close to the essence of hospitality as you can get. I met passionate individuals from all over the world, who want nothing more than to celebrate the career we’ve all chosen.

“I’m incredibly proud to have won, and in particular to be bringing a bit of attention to northern bartenders in the UK – there is so much talent out there waiting to be found, and I can’t wait for the rest of the world discover it too.”

Christian Tirel, UK brand ambassador for Southern Comfort, and winner of the first Southern Showdown in 2016, said: “The quality of entries gets stronger every year, and Lee had to be on top form to win the International final against great competition from Daniel and Shane, in the home of Southern Comfort.”

Lee’s winning recipe for the Whitesmith Cobbler is: