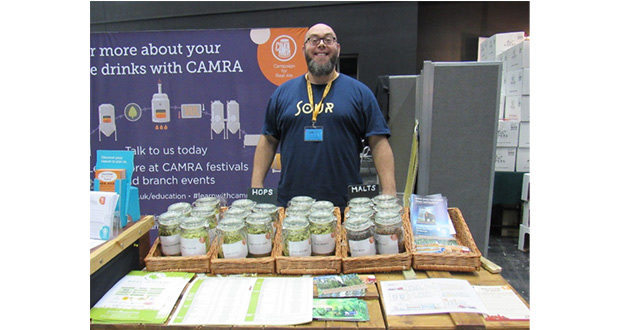 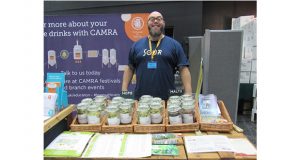 The Campaign for Real Ale (CAMRA) piloted its first education space at Manchester Beer and Cider Festival, which took place from 23-26 January.

The stand was the first of its kind, as CAMRA fulfils its commitment ‘to play a leading role in the provision of information, education and training to all those with an interest in beer, cider and perry of any type’.

Festival-goers had the chance to take part in a range of informal activities throughout the festival, including cask and keg tastings and the chance to learn about the brewing process and ingredients such as hops and malts.

Beatnikz Republic Brewing Company provided its Kentucky Stout to sample from both cask and keg, with brewer James Hardwick giving an industry perspective on the brew. Festival-goers also learned about CAMRA’s Save Our Pubs campaign and about the organisation’s latest publications, including The Pub Manifesto: A Comedian Stands Up For Pubs – and author James Dowdeswell even stopped by to sign copies at the festival.

Alex Metcalfe, CAMRA’s Information & Education Manager (pictured above), says: “The response has been overwhelmingly positive. We wanted to provide unbiased, technically accurate information in an informal and hands-on setting. Many festival-goers shared their support and encouraged us to continue building and expanding our educational support for beer, cider and perry drinkers.”

Alex also paid tribute to the support of the festival organisers and volunteers, who made the success of the pilot possible and who will be vital to the success of future educational endeavours.