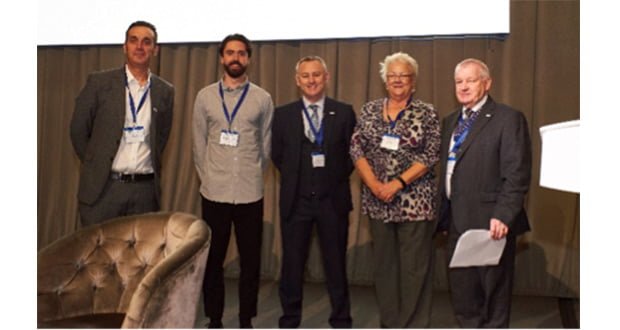 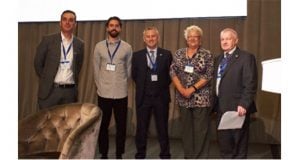 Derek Maher has been appointed as the new Chair of ceda with Kirstin Hatherley joining him as Vice-Chair. The two appointments were announced at ceda’s 2019 Conference along with the appointment of two new regional Chairs for the North and South, Paul Neville and Tyron Stephens-Smith respectively.

Derek has been at the helm of Crystaltech, the UK’s largest independent specialist in the installation and servicing of all makes and models of commercial glass and dishwashing equipment, for over 38 years.

Commenting on his new role Derek said “I have been an active member of ceda since 2003 and have been part of the ceda Technical Steering Group for several years and seen first-hand how that has helped to improve industry standards and our membership. In the role as ceda Chair, I hope to build on the links that I have with other associations and institutions to the benefit of our growing ceda membership and the industry as a whole.”

New Vice-Chair, Kirstin Hatherley, is Managing Director of Hatherley Commercial Services, where she has worked since 2005. She has been ceda’s Northern Regional Chair for the last two years and sits on the ceda board.

Commenting on these new appointments ceda Director General Adam Mason said “I’m really pleased that Derek, Kirstin, Paul and Tyron have agreed to take on their respective positions. They are all passionate about positively developing ceda and the wider Industry and I look forward to working with them all to grow and develop the impact of what we do.”

In a final announcement concerning changes to ceda’s leadership team, Ian Bass of Gratte Brothers, stepped down as ceda Treasurer after 17 years of service. Winning one of the first three ceda Legacy Honours at this year’s conference, Ian’s outstanding service to both the industry and ceda was recognised at the Gala Awards Dinner.

Adam Mason went on to say “It has been a pleasure and a privilege to work closely with Ian for the last four years and I know I speak on behalf of my predecessors in saying that. He is a class act and a true gentleman. The contribution that he has made to the Association over so many years will never be forgotten.”