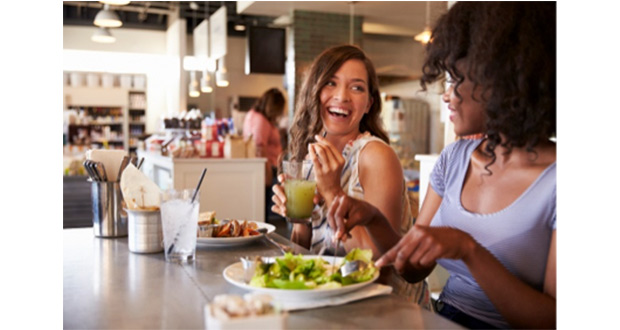 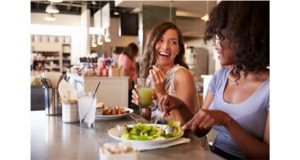 With New Years’ resolutions beginning to creak, CGA has examined the effect of health and well-being trends to the on trade and how consumer drinks choices are being impacted at a time when the demand for healthy options has never been higher.

Indeed, over six in ten (61%) of the GB adult population now consider themselves as proactively trying to maintain a healthy lifestyle, which has an undoubted impact in choices in the out of home market. With healthy options now a mass-market and mainstream demand, the availability of “better-for-you” choices should be taken as a given, with 68% of the population agreeing that provision of healthy options has an impact on their choices of where to eat and drink out.

However, regardless of health concerns, the country continues to drink out and, despite CGA’s BrandTrack highlighting that 20% of Britons planned to participate in Dry January this year, the effort that pubs, bars and restaurants have made in maintaining footfall in what has traditionally been a slow month seems to have paid off over the past few years, with January on January alcohol sales up in three of the past five years.

In fact, it is those at the heart of the health trend who are among the most engaged with the on trade, with 43% of consumers who proactively lead healthy lifestyles drinking out weekly, vs. an average across the country of just 32%. Perhaps, as a result, the soft drink and no and low alcohol movement has become an increasingly important staple to pubs, bars and restaurants across the country.

Over the past year alone, CGA’s On Premise Measurementtracked 271 new product launches of premium soft drinks into the on trade, as suppliers strive to meet the demands of consumers, of whom 52% perceive the range of soft drinks at outlets as “boring” and 61% would like to see a greater range of soft drinks targeted at adults. Given these high demands, it is perhaps no surprise that just 14% of business leaders rate their own soft drink offer as “market-leading.”

Further combatting potential negative effects to the market from Dry January initiatives, the no and low alcohol beer category has seen significant growth over the past year, increasing in volume by 33%, as consumers increasingly head for non-alcoholic options to align with health and moderation trends. With no or low alcoholic beer now stocked in 6 in 10 of all licenced outlets (equating to 68,753 venues and growing by 14% year on year) the category is now a staple, with 12% of the population having tried no/low alcohol beers and 22% saying that they would consider, if available. Led by the likes of Heineken 0.0 and San Miguel Sin 0.0 (pictured, left), the category is very much a growth area in what is a declining beer market in terms of volume.

However, it is important to view the category, contextualised in the wider beer market. Although clearly thriving, no and low alcohol beer only contributes 0.24% of total beer volume sold in the on trade, albeit a figure that has grown from 0.18% three years ago.

While the distribution of no and low alcohol options has grown significantly across the mainstream market, there remains a place for no and low alcohol options within high-end outlets. The recent CGA Influencers Report (a survey of London’s most renowned & revered bars & restaurants), highlighted the prevalence of no and low alcohol spirits as an emerging trend. When asked about trends likely to impact the mainstream, over half (55%) of the most influential bartenders in London predict that low ABV drink trends will impact the market over the next 12 months, biased towards non-alcoholic spirits, selected by 42%.

So what is next for the no and low alcohol market? There is clearly a rush from suppliers and operators to capitalise on the consumer demand for healthy options and innovation within the sector is rife. Of the 100 influential outlets in London, 44 now stock fermented brews, drinking vinegars or cold brews, with products such as kombucha primed to take advantage.

However, there is a watch out for the category. Yet to fully establish itself as mass market, the low and no alcohol sector is still very fragmented and may become congested as new entrants flood the market. Although biased towards younger consumers who are engaged with the market, this is limited to around 1 in 5 GB adults for whom no and low options hold appeal. However, as this becomes engrained within consumer habit, the sector may eventually pose a more mainstream threat to current soft drink and alcohol-led occasions.