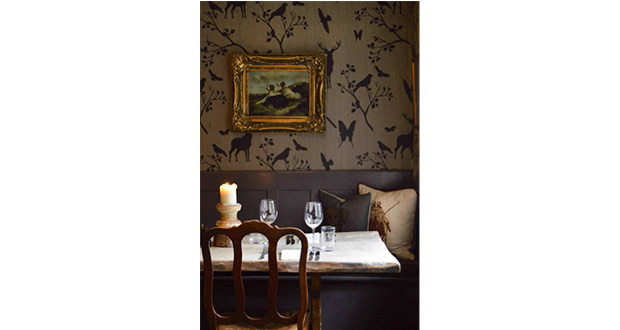 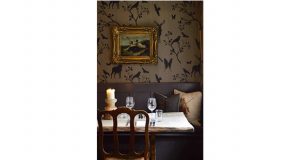 The George and Dragon restaurant and hotel, located in the charming National Trust village of West Wycombe, Buckinghamshire, which following a brief refurbishment, will open toward the end of March this year.

Comprised of 10 luxurious guest bedrooms, an a la carte restaurant and cosy adjoining bar area, the George and Dragon is housed in a former coaching inn dating back to the 1700’s. Under the new ownership of award-winning ex-Pierre Koffmann and Gordon Ramsay chef Arnaud Stevens, the hotel will be renewed to become a luxury country getaway in the heart of a period village.

Arnaud’s French and British heritage lends itself wonderfully to both sourcing and utilising the best local produce and injecting them perfectly in to the new menus for the George & Dragon -.

With a family history steeped in food, as well as impressive career so far, Arnaud says he is delighted to be taking this next step by reinventing a business that has stood the test of time.

Arnaud adds ‘With the success of Plate restaurant, Shoreditch, my team and I are incredibly excited to start the next chapter at the George and Dragon. It’s an exciting time for us and the opportunity to fully utilise the location and produce that the beautiful village of West Wycombe has to offer is one we look forward to taking on. My close relationship with Lord Dashwood, owner of EJ Churchill and the West Wycombe Estate, will mean my team can work seamlessly alongside him and fully utilise his incredible produce’.