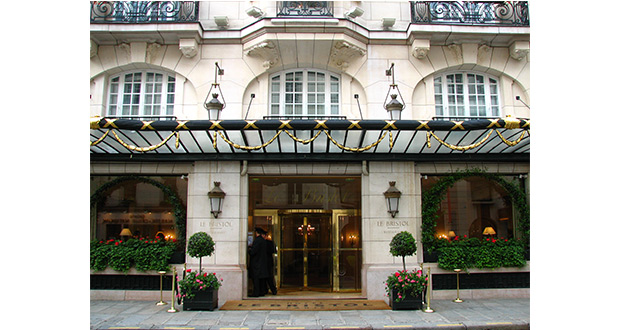 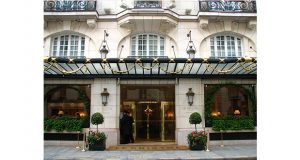 roomnights in November and helped fuel a 5.2-percent year-on-year increase in profit per room for hotels across Europe, according to the latest data tracking full-service hotels from HotStats.

November was another month of robust profit growth for hotels in the region, with year-to-date GOPPAR at 9.5 percent above the same period in 2017.

This was the 10th month of profit growth in 2018, with the only blip suffered in May, and, absent a complete collapse in December, hotels in Europe are set to record another huge profit increase in 2018, following the 8.9-percent increase in 2017.

As a result, TRevPAR increased by 3.9 percent in November to €168.83. Growth in rooms revenue in the month was led by a 4.7-percent increase in achieved average room rate and supported by a 0.6-percentage-point increase in room occupancy.

In addition to accounting for more than 40 percent of demand, the commercial segment fuelled the increase in average room rate and included a YOY uplift in both the Residential Conference (up 3.8 percent) and Corporate (up 0.8 percent) segments.

“2018 has been a hugely positive story for hotels in Europe with record revenue and profit levels being driven by volume, which continues to reach new heights,” said Michael Grove, Director of Intelligence and Customer Solutions, EMEA, at HotStats. “And this is all in spite of an increasingly challenging economic picture in the region.”

Since Brexit negotiations began 24 months ago, RevPAR levels at hotels in Brussels have increased by almost €30 to €110.13 in the rolling 12 months to November 2018. During the same period, profit per room has almost doubled to €46.71.

For the month of November, profit per room grew by 9.8 percent year-on-year to €83.13 and was the ninth consecutive month of profit growth for hotels in the Irish capital.

The growth in profit this month was driven by revenue increases across all departments, but led by growth in RevPAR, which increased by 9.2 percent YOY to €139.95, as room occupancy hit a lofty 83.3 percent and achieved average room rate grew to €167.95.

Increasing revenues were complemented by falling costs, which included a 0.9-percentage-point decrease in payroll to 30.8 percent of total revenue and contributed to the ongoing positive story for Dublin hoteliers in the month.