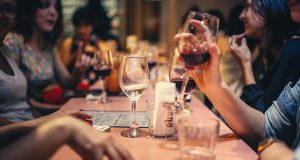 UK consumer confidence saw modest quarterly growth of one-percentage-point (to -8%) in the first quarter of the year, according to the latest Deloitte Consumer Tracker. However, confidence is down by two-percentage-points compared to the same time last year.

The analysis, based on the response of over 3,000 consumers in the UK between 23 and 26 March 2019, reflected how more positive economic news has helped boost confidence particularly with regards to levels of disposable income and job security, with these measures up five- and one-percentage-point, respectively.

By contrast, a two-percentage-point fall in sentiment relating job opportunity and career progression highlights continued concern about possible weakening of the job market. This is reflected by recent Deloitte research, which found that 53% of CFOs also expect to reduce hiring due to Brexit – the highest level in more than two years.

Ian Stewart, chief economist at Deloitte, commented: “The bounce in consumer sentiment comes against a backdrop of heightened uncertainty around Brexit during the survey period in late March. Consumers also faced headwinds from a slowing global economy while at home housing activity has softened and consumer credit is less easy to come by.

“Despite the deluge of bad news consumer confidence has held up, fuelled by rising real incomes, a buoyant jobs market and ultra-low mortgage costs. Earnings growth has now outstripped inflation for 13 consecutive months while unemployment is at its lowest level since 1975. Mortgage rates remain close to all-time lows.

“The key question for the UK consumer is whether growing corporate nervousness will trigger a squeeze on pay and jobs in the second half of the year.”

A notable drop in discretionary spending this quarter was partly due to the seasonal effect of Christmas.

Ben Perkins, head of consumer research, commented: “The uplift in consumer confidence fits with the rebound in retail sales in March. Yet Brexit remains on the horizon and only when this uncertainty lifts will we be able to judge the underlying strength of the consumer market. Meanwhile, consumers continue to rebuild their finances, reflected in a slowdown in borrowing and an increase in savings.”