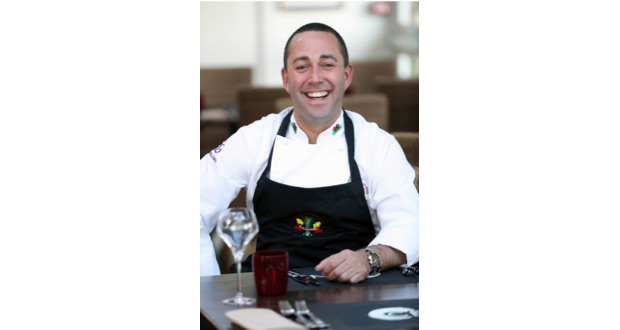 Former Culinary Team Wales captain Danny Burke is perfecting dishes as he prepares to represent his country in the Northern Europe heat of the Global Chef Challenge.

Burke, who lives in Connah’s Quay and co-owns Olive Tree Catering in Runcorn, will be cooking against some of the top chefs in Northern Europe for a place in the final at the Worldchefs Congress in St Petersburg, Russia in 2020.

He heads to Rimini, Italy for the competition on February 16 knowing that he will avoid chefs from the Nordic countries because the top 12 teams from last November’s Culinary World Cup in Luxembourg were given an automatic place in the final.

Given three hours to cook a three-course meal for six people, Burke will be serving up a starter of scallops and seabass, a main course of veal rump and kidney and a chocolate dessert.

With the help of senior chefs, he plans to refine the dishes and is hoping to add the heat victory to his previous triumphs in the Junior and National Chef of Wales contests and in international competitions with Culinary Team Wales.

By an uncanny coincidence, the date of the Global Chef Challenge is exactly 20 years to the day he won the Junior Chef of Wales title.

“It’s going to be a tough competition, but I am up for the challenge,” he said. “I will be pitting my skills against some of the best chefs in Northern Europe and I am fully focused on winning.

“I’ve been practicing my dishes for a few weeks now and have a few more practices scheduled over the upcoming days leading up to the competition in order to get the food on the plate exactly how I want it.

“I have the nucleus of a very good menu and it’s great to have a network of chefs around me for advice, should I need it.

“I am very proud to have been asked by the Culinary Association of Wales to represent Wales and I’m going to give it my all. I think I have a very good opportunity to do well and make the final.”