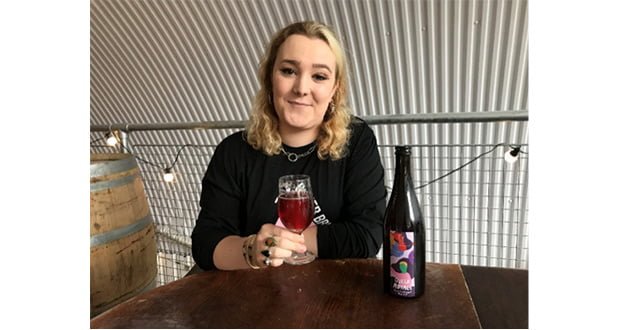 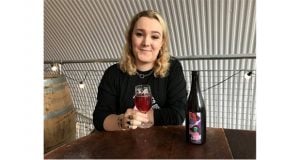 Queer Brewing Project founder Lily Waite will be attending this year’s Cambridge Beer Festival’s opening night (20 May) for a conversation about equality, diversity and the LGBTQ community with award-winning beer writer Emma Inch.

The Queer Brewing Project aims to create collaborate brews that spark conversations about the LGBTQ community. Kicked off with ‘Queer Royale’, brewed with Affinity Beer Co, founder Lily Waite will head to Cambridge to discuss why she set up the project, issues facing the LGBTQ community and the need for greater diversity and equality within the beer world.

The interview will form part of CAMRA’s new Learning & Discovery programme which is currently being rolled out at festivals across the country. The initiative aims to help educate beer lovers about their favourite drink – what goes into it, the brewing process, how it’s kept and served.

The interview between Emma and Lily will expand this concept by including open discussions about the wider beer community – challenges it faces and how they can be addressed.

Visitors to the Cambridge Beer Festival, taking place from 20-25 May, will also be able to try Lily’s first brew, Queer Royale – a blackcurrant pale ale fermented with champagne yeast.

Founder Lily Waite said: “There’s been a lot of conversations around diversity and inclusion within the craft beer world and there are some amazing projects that further that discussion, but there’s not been a huge amount of stuff about LGBTQ issues and people. I’m really excited to bring this project to the Cambridge Beer Festival just two weeks before Pride Week takes place with the fantastic Emma Inch!”

Anthony Cox from Cambridge Beer Festival organiser said: “Having Lily and Emma speak at the festival is a great opportunity to learn more about the LGBTQ community and how we can support and promote them within the beer world. I look forward to trying her collaborative brew and am sure we will see more great things to come from the Queer Brewing Project.”

The Cambridge Beer Festival is CAMRA’s oldest beer festival, featuring hundreds of beers, ciders, perries and wines from across Britain and abroad. It will run from 20-25 May.

The Queer Brewing Project interview is taking place on the opening night (20 May at 6-7pm) and will kick off the Fermentation Beer & Brewing Radio & Cambridge Beer Festival pavilion programme, curated by Emma Inch, which will run throughout the festival as one of two Learning and Discovery spaces at the festival.