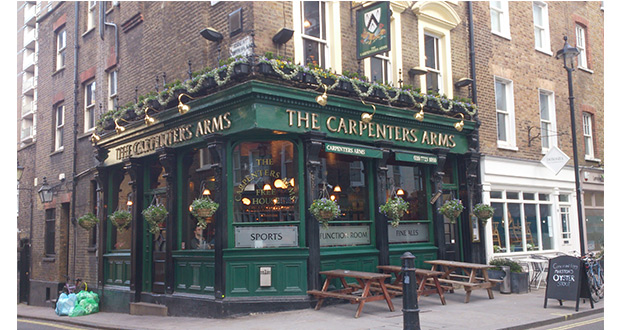 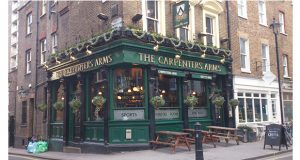 A Victorian public freehouse in Bethnal Green formerly owned by the Krays has been sold by leisure property advisers Davis Coffer Lyons. A few feet from Brick Lane, the Carpenters Arms on Cheshire Street is notorious as the pub which hosted many of the gangster twins’ parties and business meetings, and was the place where Reggie Kray had a drink on the 29th October 1967, to settle his nerves before going to murder Jack McVitie.

The pub was sold to a private landlord Olivier Dimaria Trotel, who sold his existing pub in Covent Garden to make way for this new venture. A premium was paid for the Carpenters Arms which included a surrender of the existing lease and a new 10 year lease granted by the landlord at a rent of £75,000. The Covent Garden tavern on Bow Street was sold to City Pub Co for £1.29 million, also through Davis Coffer Lyons.

Paul Tallentyre, Executive Director, Pubs and Bars at DCL said, “The Carpenters Arms was at one time the most infamous pub in London – owned by the gangster twins, Reggie and Ronnie Kray who bought it in 1967 for their mother Violet. Their family home was just a hundred yards away, and the twins went to Wood Close School, located immediately behind the pub. The Kray’s boxing club (Repton Boxing Club, London’s oldest boxing gym which is still in existence) is midway between the pub and their home. Apparently, the Krays liked the pub because the bar was long and narrow and had just one entrance, which meant they could see anyone coming in.

“The former tenants, Eric and Nigel have made a great success of the Carpenters Arms over the last 10 years, after a spell of closure and poor custom and it only narrowly survived being converted into residential use. Yet there is still scope to continue to improve trade.”