CGA’s Phil Tate and Rachel Weller gave the recent Peach 2020 Conference a tour of the latest insights from their suite of research tools. These are just seven of the big messages they shared. 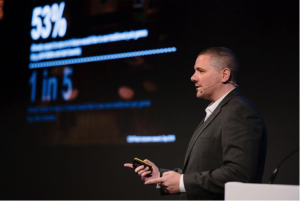 The Market Growth Monitor from CGA and AlixPartners has charted a steady fall in Britain’s number of licensed premises—hitting 3.2% in the year to September. But Phil Tate pointed out that managed restaurants remained in strong growth in that 12-month period, thanks to the expansion of many small and medium-sized brands. Restaurants from groups with between 26 and 99 sites have increased by 18.9% in five years, against a decline of 6.1% for operators with more than 100 sites.

But managed restaurant growth has now dropped to modest levels at 1.0%—down from highs of 9.4% in 2015 and 7.8% just one year ago. With some high profile brands continuing to close restaurants, capacity is likely to ease as we enter 2019.

Trends in restaurant openings and closures reveal huge churn in the market, especially in city centres. CGA’s Outlet Index data shows that 58% of city centre openings in the last year were in buildings that were previously occupied—and that figure soars as high as 91% in Oxford and 78% in Birmingham. 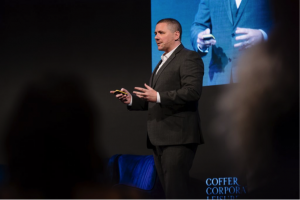 Phil Tate shared data suggesting that pubs have had an excellent second half of 2018, on the back of a sunny summer and the World Cup. They have been also been boosted by cocktails, which saw year on year sales growth of 8.9% in local community pubs market in the third quarter of 2018.

Another booming area is the experiential pub—venues offering games, cinemas, masterclasses and other activities beyond the bar. Asked whether they expect or would like to see traditional games like pool and darts in pubs, more than half (53%) of consumers surveyed by CGA agreed.

4 Service and local appeal have room for improvement

A quarter (24%) of consumers think pubs need to improve their customer service, Phil Tate told the 2020 Conference. Part of the solution lies with better training and motivation of staff—but CGA’s latest Business Confidence Survey shows that barely a third (36%) of leaders perceive their employee engagement to be very good. Community engagement is another area for improvement, with ‘tailoring the offer locally’ seen by Survey respondents as the top growth opportunity. 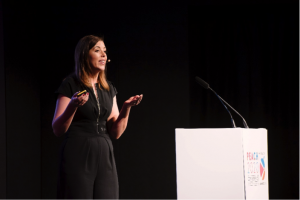 5 We may be reaching ‘peak food’

The shift in the balance of sales growth from food to drink has been one of the biggest trends in managed pubs in 2018, said Rachel Weller. CGA’s Trading Index shows that average drinks sales per outlet rose 3.6% in the year to mid-October, while food sales slipped 2.7%.

6 Drinks volume is down, but value is up

One reason for this movement is the growing trade-up in drinks from mainstream to premium options, Weller suggested. CGA’s On Premise Measurement Service reveals that drinks volumes dropped 1.0% in the year to mid-October—but the value of those sales increased by 2.6%. Consumers are expanding their repertoires of premium drinks, with half (49%) of those who drink out saying they already, or are likely to, premiumise their choices. 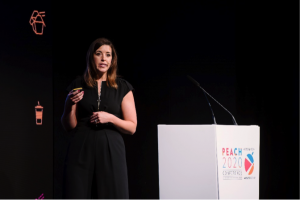 7 Half of consumers are now foodies

Consumers are more knowledgeable and discerning about what they eat than ever before, and the BrandTrack survey shows that half (49%) now consider themselves foodies. CGA’s consumer segmentation tools reveal this figure is even higher in some groups: at over three quarters (78%) among ‘Trending Tastemakers’, for example. As Rachel Weller pointed out, the foodie trend means that consumers are placing more and more importance on things like the sourcing and sustainability of ingredients.