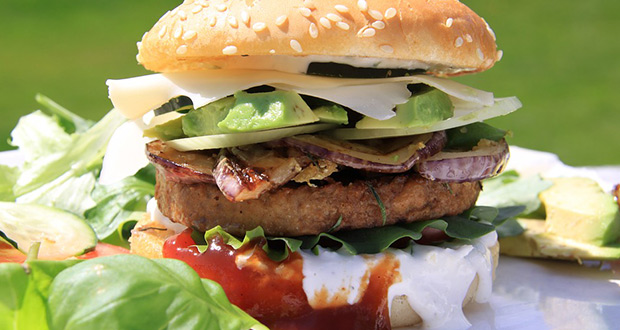 The news that nearly 10% of people find it ‘extremely inconvenient’ to cater for vegetarians or vegans at BBQs has prompted health information website Patient.info to launch a vegan and vegetarian summer ” VBQ” recipe series.

The survey of over 3,500 people, conducted by Patient.info found that in addition to those who found it “extremely inconvenient” a further 15% found it “very” or “quite” inconvenient to cater for their non-meat-eating friends.

With nearly 1 in 3 people in the UK describing themselves as having a meat free diet – preferring fish, vegetarian or purely plant-based diets – catering for a non-meat-eating friend this summer is becoming increasingly likely.

Speaking about the new recipe launch, Danny Chadburn from Patient.info, commented: “Like most people, my go-to BBQ food is a banger and a burger and my vegan or veggie friends usually end up with some salad in a bun with a squirt of ketchup, or perhaps a slab of halloumi if they’re lucky!”

“With vegetarianism and veganism becoming more and more popular we’ve created a series of summer “VBQ” recipes to help inject some creativity into your veggie BBQ options this summer.”

68% of vegans and 50% of vegetarians surveyed said they felt they were “not well catered for” at BBQs, which isn’t surprising considering the survey also found most people (62%) would just serve a corn on the cob as the veggie alternative to those who didn’t eat meat.

“A delicious and healthy way to enjoy barbecue season is to reduce or cut out the meat and dairy”, said Simon Winch, Veganuary CEO – the charity that inspires and supports people to try going vegan in January and throughout the year. “It’s easier than ever to find vegan burgers, sausages, and vegan meat substitutes on the market and they are pretty much indistinguishable from meat, but without the cholesterol. So many of the sides we know and love are also healthy and vegan anyway – like guacamole, summer salads, coleslaw with dairy-free mayo, sweet potato fries or griddled vegetables. Vegan barbecues can be easy and much better for our health too.”