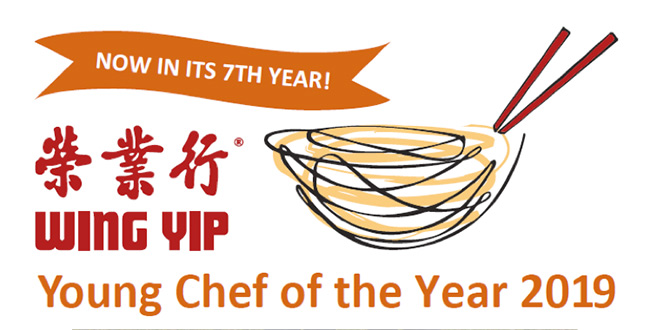 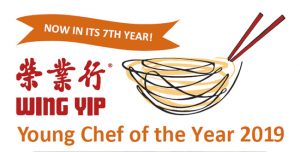 Wing Yip has announced the finalists for its 2019 Young Chef of the Year competition. 14 young chefs and catering students from across the UK have been chosen and will be competing for the coveted title on Thursday 4 April.

Now in its seventh year, the competition saw a record number of entries, all of whom demonstrated great talent and creative flair, but 14 stood out to the judges including representatives from OPUS, Dine Contract Catering, Saunton Sands, The ICC (Amadeus), De Montford University (Compass), University College Birmingham, JLR Solihull (Compass), North Warwickshire and South Leicestershire College, South and City College Bournville, The Belfry, Manor House Hotel and Golf Club and House of Commons who will compete in a live cook-off at University College Birmingham. This year’s competition challenged applicants to submit a traditional street-food dish and a main course of their choice served in a bowl.

Successfully completing the first stage of the competition by submitting a written entry, the 14 finalists will now take part in stage two of the competition to battle it out for the coveted title ‘Wing Yip Young Chef of the Year 2019’. The lucky winner will also win a £750 cash prize, as well as a stage with MasterChef finalist Larkin Cen at his restaurant, Woky Ko.

Putting the contestants through their paces will be a panel of expert judges – Woky Ko founder, Larkin Cen, President of the British Culinary Federation Peter Griffiths and Michelin starred Chef Glynn Purnell.

Wing Yip Director Ennevor Yap commented: “We always have fantastic support across the UK from young chefs and their mentors and this year was no exception. The calibre of entries was extremely high so we’re expecting this year to be a very exciting competition. It was a carefully considered process selecting the 14 candidates who are now through to the cook off and we wish them all the best of luck in the final. It makes us very proud to have watched the competition grow over the past seven years and gain recognition amongst so many talented young chefs from across the industry.

“The competition offers young chefs the opportunity to immerse themselves in Oriental cooking, and gain valuable experience by cooking for our prestigious judges. Each year the competition continues to attract talented chefs and we look forward to seeing the dishes come to life on the day.”

The competition will take place on 4 April 2019 at University College Birmingham. Further information about the competition can be found here: www.wingyip.com/young-chef.