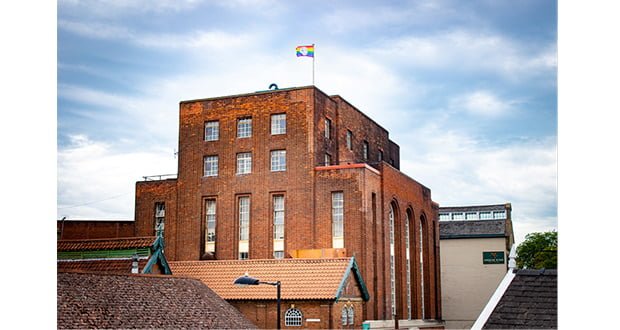 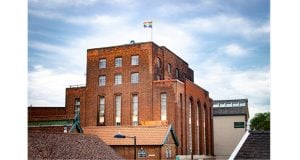 Managed pub company and brewer Greene King is showing its support for its LGBT+ team members and customers, by flying a Pride flag its brewery in Bury St Edmunds.

The rainbow flag will replace the traditional Greene King flag and fly for the duration of June’s Pride month.

The flag follows last month’s launch of Greene King’s LGBT+ Network, The Village Greene, at the City of Quebec, London which is thought to be the city’s oldest LGBT+ friendly pub. Over 300 team members across the country have now joined the network, with the support of eight committee members.

Pubs will also be taking part with the launch of Queen of Beers; an ale in celebration of Pride month and the launch of the Village Greene.

Scott Frankham, Senior Communications Manager and Village Greene committee member, said: “We are extremely proud to see the rainbow flag flying high above our Bury St Edmunds brewery this June. It’s great to see the company show pride in its diverse workforce by supporting Pride month and also helping the network to launch the Queen of Beers ale to mark the celebration.”

Greene King is also hosting launch events in both head offices throughout June to celebrate the Pride with its teams.