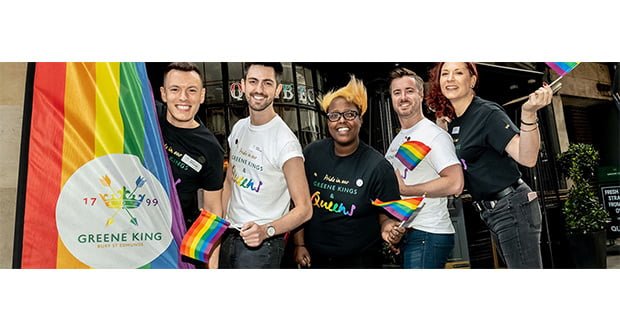 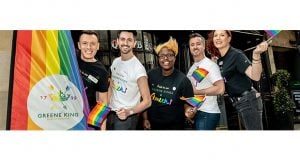 Greene King has officially launched its LGBT+ Network, The Village Greene, at the City of Quebec, London which is thought to be the city’s oldest LGBT+ pub.

The network, which has been set-up by employees at the pub company, already has 200 members and aims to provide a strong support network that is focused on promoting and enhancing the LGBT+ community’s experience at Greene King.

To mark the official launch of The Village Greene, the network held an event at the City of Quebec in London’s West End, where committee members set out their ambition and key priorities for the network. The priorities include working closely with the HR team to develop industry leading policies to support and protect team members, and identifying ways to help the business celebrate and promote its support for the LGBT+ community.

In attendance was Karen Bosher, Business Unit Director for Greene King London. Karen said: “The LGBT+ community is at the heart of our operation and it is a privilege to celebrate the diversity that the community brings to Greene King. I hope our team stand up and stand out for equality at every level and I am extremely proud to lead on such an important initiative for us as a company.”

The Village Greene committee member and Senior Communications Manager at Greene King, Scott Frankham, said: “We decided to reach out to the wider business to see if there was appetite to introduce an LGBT+ Network at Greene King and the response was incredible. We now have eight members on the committee to shape and deliver the network’s priorities, and 200 people within the main group actively engaged to provide feedback and input for the business. The response we’ve had from the business has also been fantastic; there is real appetite from the leadership team to drive forward change that will make Greene King a leader in the industry for diversity and inclusion.”