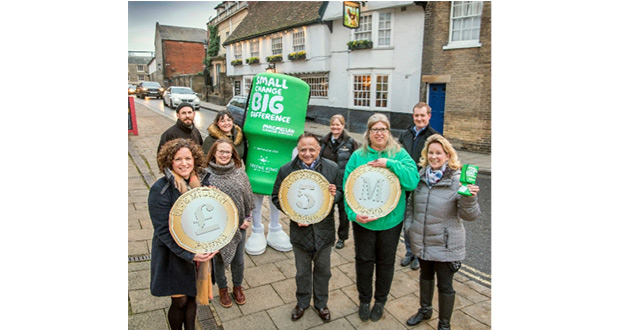 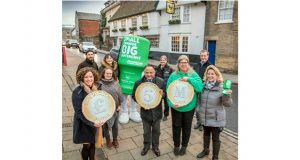 Greene King has raised an incredible £5 million for its charity partner, Macmillan Cancer Support.  The UK’s leading pub company and brewer has reached this incredible milestone in just six years, with £1million raised in the last seven months alone.

Team members have raised funds in a variety of ways including running marathons, baking cakes, climbing mountains, and through ‘Macmillan May’ – Greene King’s intensive month of fundraising which generated £370,409 in 2018. Customers at Greene King pubs and restaurants have also contributed by purchasing specially marked charity desserts, with a donation from sales going directly to Macmillan.

Greene King, one of Macmillan’s top fundraising partners, is set to sprint to its next million milestone after the launch of its next fundraising initiative for Macmillan in February. Greene King is partnering with the charity Pennies, a digital alternative to the traditional collection tin, and will invite Greene King customers to make a 25 pence donation to charity when they spend over £15 and pay on a card machine via Chip & Pin. With over 1,700 pubs nationwide, this small individual gift will make a big difference, accumulating a predicted £1 million extra spending money for Macmillan over a year.

The money that Greene King raises is used by Macmillan to fund a variety of cancer-care professionals, including iconic Macmillan Nurses, who provide vital medical advice, help people to navigate treatment and even offer a shoulder to cry on. Macmillan also has specialist professionals such as dietitians and physiotherapists, helping people cope with the wider impact of their cancer diagnosis and treatment.

Rooney Anand, chief executive officer at Greene King says: “We are proud of how our team members have worked tirelessly with real passion and enthusiasm to raise much needed funds to support people with cancer.  And with our Pennies scheme about to launch across all of our pubs, this will further increase the donations we generate for this important cause.”

Macmillan Cancer Support and Greene King have been working together since 2012. Having originally set out to raise £1million over three years, Greene King exceeded that target a year early and the partnership has continued to thrive and spread across all areas of the business.

“A huge thank you to all of Greene King’s staff and customers for their amazing support.” says Lynda Thomas, Chief Executive at Macmillan Cancer Support.

“At Macmillan we rely almost entirely on donations from the public and partners like Greene King.  Without this generosity we simply wouldn’t be able to fund the Macmillan professionals and services that support people with cancer across the UK when they need it the most.”

With one in two people set to face cancer within their life time, the need for Macmillan support and services is greater than ever. Macmillan’s support can be invaluable to someone living with cancer, whether it’s vital information in a waiting room, a compassionate expert ear on the Macmillan Support Line, or a Nurse providing a shoulder to cry on. If you need support or just want someone to talk to about cancer, call Macmillan Cancer Support free on 0808 808 00 00 or visit macmillan.org.uk. To donate visit macmillan.org.uk/donate.