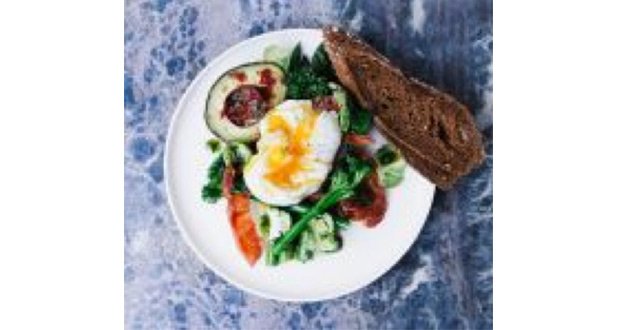 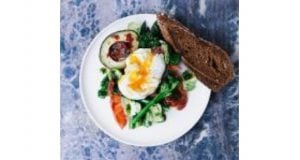 Hilton has become the world’s first hotel group to commit to serving more climate-friendly foods to help reduce food-related greenhouse gas emissions. The company joins the likes of WeWork and top hospitals in signing on to the Cool Food Pledge, which helps dining facilities – such as hotels, hospitals and company cafeterias – track the climate impact of the food they serve, develop plans to sell dishes with smaller climate footprints, and promote their achievements as leaders in a growing movement. The aim is to collectively slash food-related greenhouse gas emissions from signatories by 25% by 2030.

Hilton shared details during the Sustainable Brands conference in Detroit this week. The company will initially roll out the effort in the 80 hotels it manages in the United Kingdom, Ireland, Germany, Belgium, and Netherlands.

Working closely with World Resources Institute, which serves as secretariat of the Cool Food Pledge, Hilton will further its strategy for changing its food offerings.  Already, Hilton chefs have lowered the climate impact of one of their most-ordered items: the burger. The Blended Burger swaps 30% of beef – a highly resource-intensive food – for flavor-boosting mushrooms. Over 500 hotels in 100 countries are already offering reduced-meat options, such as the Blended Burger. The company is looking at how it can expand such offerings as well as continue to increase plant-based and vegetarian menu items, train its team members on sustainability and food, and raise awareness among its guests.

“Last year, Hilton made a bold commitment to cut our environmental impact in half and double our investment in social impact by 2030,” said Daniella Foster, Senior Director Corporate Responsibility at Hilton. “In the spirit of our founder Conrad Hilton, who started our company 100 years ago, we continue to innovate and re-imagine the service and products we offer to our guests as we redefine sustainable travel. The Cool Food Pledge is a great opportunity to join forces to set off a game-changing movement – for businesses, consumers, and the precious resources that make the world a great place to live and travel.”

“Agriculture and associated land-use change account for a quarter of all greenhouse gas emissions. To avoid the worst impacts of climate change, people have to eat differently. It’s that simple,” said Daniel Vennard, Director at World Resources Institute. “Hilton and the other groups signed on to the Cool Food Pledge are showing that dining is where sustainability efforts come alive. It’s incredibly exciting because the potential impact is huge.”

First announced at the Global Climate Action Summit in autumn 2018, the Cool Food Pledge is an initiative of World Resources Institute, UN Environment, Carbon Neutral Cities Alliance, Health Care Without Harm, Practice Greenhealth, and Climate Focus. The Cool Food Pledge is pleased to have Sodexo as a supporter, helping promote the Pledge’s activities with the dining facilities it serves. The Pledge will host its inaugural celebration in New York on September 24, 2019, when signatories will announce progress and call on others to put sustainability on the menu.