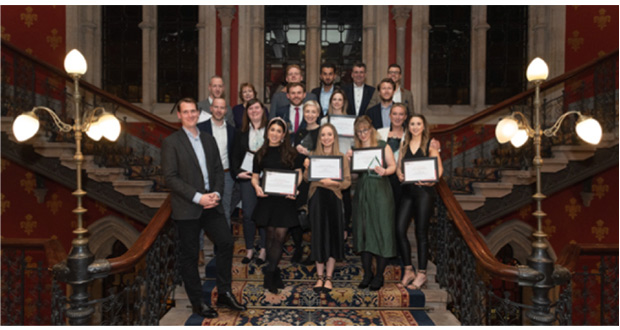 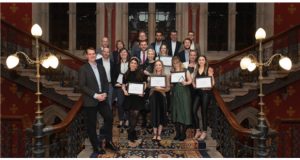 The winners of the 24th annual HMA Hotel Marketing Awards were announced last night in a glittering ceremony at the St Pancras Renaissance Hotel celebrating the excellence in the UK Hotel Marketing Industry.

In a dramatic and exhilarating event, seven categories were awarded, with an additional six shortlisted entries being honoured with a Highly Commended status.

The winners and highly commended awardees are as follows:

Campaign – Try Us for Size

The Montague on the Gardens

Campaign – Ski Lodge at The Montague on the Gardens

Young Marketer of the Year sponsored by Law Creative

Agency Young Marketer of the Year sponsored by Revinate

The judges commented on the wealth of well-structured approaches made by the marketing teams of the hotels represented at the awards, with personalised touchpoints, designs with least friction, creativity, and strong returns on investment were key drivers of the success for the winners. A strong calibre of entries was also recognised in both young marketer of the year awards, with a great diversity of the marketing mix represented by the accomplished shortlists.

In addition to the thrill of the award winners being unveiled, the entertaining evening was also able to raise an incredible money for charity partner The Children’s Society, with money raised and a percentage of the ticket sales being donated to help change the lives of vulnerable young people across the UK.

Joe Jenkins, director of supporter impact for The Children’s Society, said: “We’d like to say a big thank you to the HMA for raising money and awareness for The Children’s Society to change children’s lives. Our charity supports young people affected by a range of issues such as poverty, sexual abuse, exploitation and trafficking. With the help of the HMA we will start conversations in the hospitality industry to tackle child sexual exploitation and make an even bigger difference for vulnerable children.”