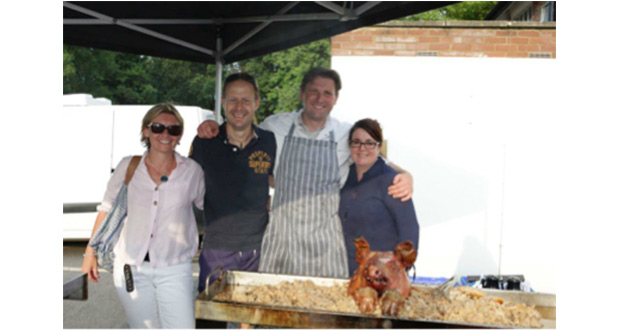 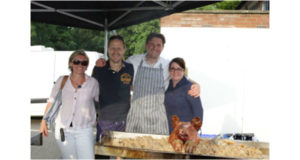 On Sunday 1st July trade charity Hospitality Action saw restaurants, hotels and bars across the nation pull together to help raise funds to support people who work or have worked in hospitality and find themselves in crisis. The initiative, which was the brain child of Hospitality Action Principal Patron Jason Atherton, aimed to unite the UK’s restaurant community to help transform hospitality lives.

The celebrations commenced early, on Friday 29th June, at OXBO Bankside where Paul Bates was joined by England rugby legend Simon Shaw to cook up a three course storm. Sat Bains joined Niall Keating at Whatley Manor, where Sat and Niall cooked up an eight-course dinner including ‘Hereford beef, aged ‘140’ days, beets/smoked/oak ‘Anish Kapoor’ and ‘Lobster Custard’. Meanwhile The Beehive in White Waltham hosted a fantastic hog roast followed by a spot of cricket and live music courtesy of Dominic Chapman and his team and Tom Kerridge donated a percentage of his takings across all of his establishments.

The Social Sunday celebrations are set to continue across July and will see Stem by Neo in Mayfair host a summer party in aid of Hospitality Action at the end of the month and The Fat Duck Group amongst those who have added a discretionary £1 donation to diner’s bills all this week. For further information about how you can take part please contact 020 3004 5504 / fundraising@hospitalityaction.org.uk