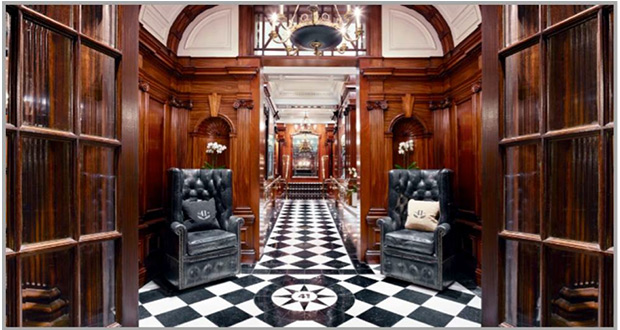 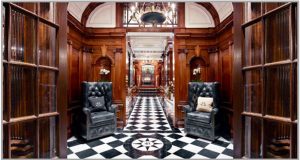 London’s Hotel 41 retained its title of ‘Top Hotel in the UK’ for a third consecutive year in the 2019 annual TripAdvisor Travellers’ Choice Awards, which were announced today. This multi-award winning, luxury boutique hotel, part of the family-run Red Carnation Hotel Collection, also secured the titles of ‘Number 1 Luxury Hotel in the UK’, ‘Number 2 Best Service in the UK’ and ‘Number 3 Luxury Hotel in Europe’, among many other accolades.

Continuing to perform strongly in the TripAdvisor Travellers’ Choice Awards year after year, The Red Carnation Hotel Collection collected a total of 30 awards across its 17 worldwide hotels in the 2019 unveiling. The Egerton House Hotel in London’s Knightsbridge was awarded ‘Number 2 Luxury Hotel in the UK’ and ‘Number 3 Best Service in the UK, while the exquisitely restored Ashford Castle was awarded ‘Number 4 Top Hotel in Ireland’. The much-beloved Oyster Box Hotel in Durban scored ‘Number 4 Luxury Hotel in South Africa’.

Situated in the heart of Central London and overlooking the Royal Mews, Hotel 41’s five star credentials make it a fantastic choice for tourists looking to be swept up in London’s royal heritage. The intimate hideaway in the heart of London comprises just 30 luxurious rooms, all of which are complemented by a personal butler and have room service available 24 hours a day. There is a chic black and white design which runs throughout this hidden gem of a hotel, and at 41’s famous Executive Lounge guests are invited to ‘Plunder the Pantry’ for free snacks, nibbles and treats at any time of the day, and to make use of one of the Capital’s last Honesty Bars.

TripAdvisor Travellers’ Choice Award winners are based on the millions of reviews and opinions collected in a single year from TripAdvisor travellers worldwide. In this, its 17th year, the awards celebrated hotel winners across nine categories including Top Hotels Overall, Luxury, Bargain, Small, Best Service, B&Bs and Inns, Romance, Family and All-Inclusive. The hallmarks of Travellers’ Choice hotels winners are remarkable service, value and quality.

“What an honour it is to have been so generously awarded once again in the TripAdvisor Traveller’s Choice Awards. This is such an exciting time of year for me, as it is wonderful to see this recognition for our hotels and our incredible teams of people who work so tirelessly to please our guests – I am so proud of them all. I would like to thank our valued guests who felt motivated to share their experiences with us via their reviews. I read every single one, and this feedback drives us all to do better every day.”