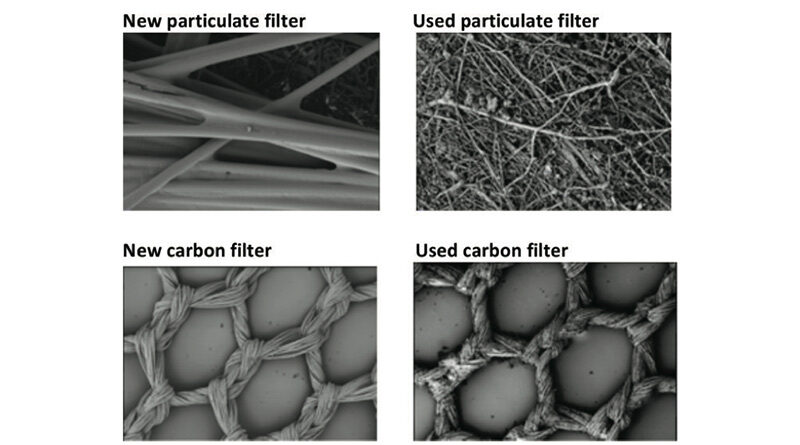 UK research released by Initial Washroom Hygiene as part of a wider global study of the views held by members of the public across 20 countries, found that the majority of Brits (77%) worry whether a venue has adequate measures in place to stop the spread of germs since the Coronavirus pandemic.

Three quarters (75%) of people now rate indoor air quality as important to their health, and 71% are more concerned about the spread of germs via the air they breathe indoors in a public venue than they were before the pandemic began.

The hygiene experts polled consumers to understand their anxieties and perceptions surrounding air quality when visiting indoor venues given that Coronavirus can be transmitted via aerosols in the air.The research follows the launch of a governmenled campaign ‘stop Covid hanging around’ aimed at generating awareness of the importance of ventilation, and following Professor Jonathan Van-Tam’s recent briefing suggesting there could be hard months to come for the UK this winter.

TACKLING CLEANLINESS IN THE AIR

Initial Washroom Hygiene advises that facilities managers should reassess the effectiveness of their buildings’s air quality systems, suggesting air purification technology should be considered where the provision of fresh, healthy air is limited.The company is distributing VIRUSKILLERTM technology that decontaminates the air, by not only trapping, but also

killing airborne viruses**, bacteria*** and fungi using ultraviolet-C (UV-C) technology.VIRUSKILLERTM units effectively filter dirty air, neutralise toxic air and decontaminate sick air, and they are currently being used in venues such as The O2 Arena in London and the Saracens’ StoneX Stadium.

The use of VIRUSKILLERTM technology is generally supplementary to existing HVAC systems and can help to significantly reduce the risk of the airborne spread of common viruses and illness outbreaks.

Jamie Woodhall, Technical and Innovation Manager at Initial Washroom Hygiene comments:“The importance of indoor air quality stretches far beyond the pandemic, it is one of the leading risk factors for premature death, globally. Employers and facilities or venue managers should look at the air flow and ventilation in buildings in order to help circulate clean, safe indoor air.VIRUSKILLERTM’s UV-C technology provides a photo-chemical deconstruction of microorganisms which deactivates their reproductive processes ensuring that Coronavirus, and other viruses, can no longer spread, before clean, purified air is released back into the room.”

To understand and visually demonstrate one element of VIRUSKILLER’sTM effectiveness, Initial Washroom Hygiene has used a scanning electron microscope (SEM) to show what the filters inside a VIRUSKILLERTM 102 model look like when new, and after being in operation within a commercial office setting for six months.The 102 VIRUSKILLERTM model offers three levels of filtration: pre-filter, particulate filter and carbon filter. In this experiment, the air passing through the particulate and carbon filters had already passed through the pre-filter.

Jamie Woodhall explains: “The particulate filter inside the solution captures day-to-day dust particles as well as other common airborne partic- ulates such as human skin. As the VIRUSKILLERTM unit for this experiment was in an office near a construction site, it’s also likely to include gypsum particles, a mineral dust consisting of calcium sulfate often used in building construction.As well as capturing pollution and particulates, airborne viruses are also caught, though most will only be effectively killed when subsequently passing through the UV-C reactor chamber. This chamber in the VIRUSKILLERTM contains a unique, patented short-wave ultraviolet light; which completely neutralises viruses, bacteria, mould, toxic gases and other air pollutants that manage to pass through the filter system, so that they can no longer spread.”

“In April this year the University of York published a study that found household aerosols now emit a greater volume of VOCs than cars on the road in Britain, underscoring the factors that contribute to our overall air quality,” Woodhall concludes.

Initial Hygiene is a global leader in hygiene services operating in over 45 countries across the world including the major economies of Europe, North America, Asia Pacific and Africa. It provides innovative and environmentally responsible washroom services solutions to large and small organisations across a range of business sectors including public administrations and schools, food and drink manufacturing, hospitality and leisure, medical and paramedical, construction, retail, services and transportation.

**When independently tested against Coronavirus DF2 (a surrogate for Coronavirus), Adenovirus, Influenza and Polio, the unit was found to kill 99.9999% of viruses on a single air pass.