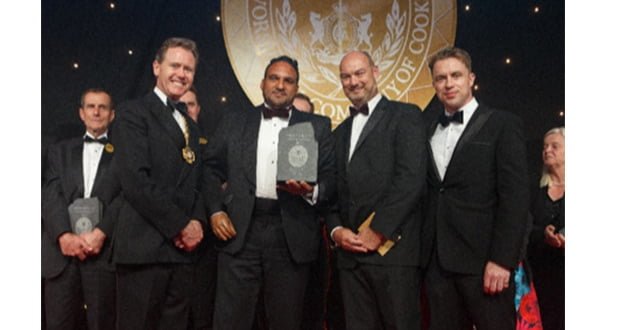 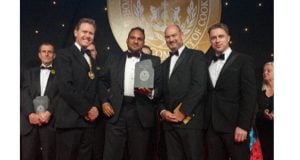 On the 6th June, an impressive line-up of 750 guests, including Michelin- starred chefs and hospitality luminaires, gathered at the London Hilton on Park Lane for the prestigious Craft Guild of Chefs annual awards.

Michael Caines MBE was awarded the prestigious Craft Guild of Chefs special award for his outstanding contribution to the industry.

Now in its 26th year, the Craft Guild of Chefs continues to celebrate culinary excellence. Seventeen awards were presented on the night, all of which recognised and acknowledged the remarkable talent across the UK and beyond. Previous winners include household names such as Alain Ducasse, Pierre Koffmann, Angela Hartnett, and Clare Smyth.

“These awards are the highlight of the Craft Guild calendar, where we all have the opportunity to recognise chefs from all sectors of our industry, whether they be apprentices who have made an impact in the early stages of their career, to the more seasoned professionals that maybe haven’t had the recognition they deserve.”

He added, “It’s also important we recognise the great work so many of the Guild members do. They give up their own time to travel around the country organising competitions year after year, which adds value to a chef’s ambitions and experience and generally raises our culinary profile as a whole.”

Of the award Michael Caines said“I’m extremely proud. It’s most unexpected. It’s lovely to be recognised in this way by the Craft Guild of Chefs. In a room full of chefs celebrating the achievements of others, to receive this award in front of all the other award winners is an extremely proud moment in my career. I’m very honoured to receive it.”

He added, “The Craft Guild of Chefs does incredible work. What I do contributes and feeds into the wonderful work they are doing. The Guild represents the future of the industry, in terms of making sure people recognise it as a profession that’s full of talent. If we don’t promote or celebrate the achievements of those within the industry, we won’t have a voice and be overlooked. I think it’s important people recognise the contribution that hospitality makes, and the artistic value chefs bring to our industry as a destination experience for people that come and enjoy food. Chefs are centred to that and need to be recognised. And we are doing that, as we do every year.”