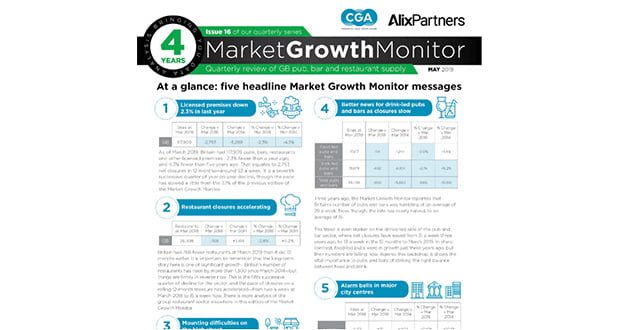 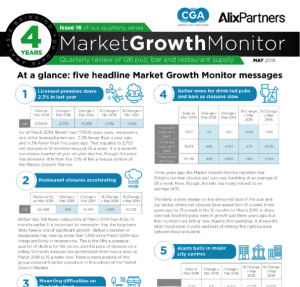 With the news of Jamie Oliver restaurant’s collapse last week, it helps to understand the context and background as to why this didn’t come as a surprise to many in the industry:

CGA and AlixPartner’s latest Market Growth Monitor reported that the group restaurant sector – managed operators with more than one location – has seen numbers trimmed by 0.1% in the 12 months to December, the first fall since the start of the decade. The report shows the pace of closures has accelerated in the first quarter of 2019.

As of the end of March, Britain had a total of 5,785 group restaurants—1.1% fewer than at March 2018, and equivalent to nearly six net closures a month. Although in the longer term, group restaurants have seen huge growth: their numbers have increased by more than a quarter in the last five years, or by an average of nearly five a week – it is becoming clear that those golden years are over.

The rate of closures is not uniform around Britain. The number of group restaurants has fallen in the areas where their density is highest: by 2.8% in South England and by 1.3% in London. The rates of decline in North England (0.4%) and the Central / Wales region (0.5%) are markedly slower—probably because saturation in towns and cities here has not been quite so apparent. Scotland, meanwhile, has actually added to its number of group restaurants in the last 12 months.

“It is little surprise to find that high streets are bearing the brunt of closures. Group restaurants here fell by 2.4% in the 12 months to March 2019, in sharp contrast to net openings of 1.8% in suburban areas. And the Italian sector has been a notable casualty: its group restaurant numbers have tumbled by 84% in the last 12 months, following moves by several firms to close swathes of under-performing sites,” commented CGA director Karl Chessell.

AlixPartners managing director Graeme Smith said: “These latest figures are a reminder that the casual dining sector is a survival of the fittest, and that brands need to have a better quality offer and a closer understanding of their consumers than ever before. As restaurants close, capacity eases and there is more room for surviving operators to breathe. And when restaurants shut, they are often taken on by ambitious smaller brands in particular—and often on better terms.”