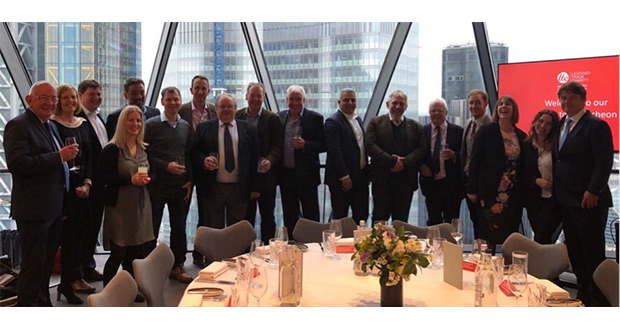 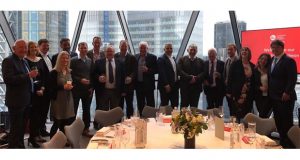 Fourteen senior industry figures met in London on Wednesday 20th March to discuss the future issues faced by the trade. Leading executives such as Mike Clist from the BII, Tim Galligan from Star Pubs & Bars and Oakman Inns’ Peter Borg-Neal also talked about how they can help raise awareness of the work of the Licensed Trade Charity which supports pub, bar and brewery people.

The Licensed Trade Charity, which recently announced it had provided almost £1.1m of aid to industry workers in need across 2018 through its grant scheme, invited a number of key people from the trade to The Gherkin in London. At the event the charity established what key upcoming challenges are likely to face pubcos and their employees, and engaged stakeholders in further supporting its work to ensure more staff have access to support when they need it.

There was almost universal agreement that recruitment is the biggest challenge faced by the industry in terms of finding the right people for the right jobs and retaining them. Tim Galligan, Operations Director at Star Pubs & Bars, said: “The challenge is recruitment of licensees, but also other staff too. Fundamental to great customer service is great staff. We need to encourage more people to see that our industry provides a great working environment and future for them”.

Paul Pavli, former Managing Director of Operations at Punch, said: “Recruitment and retention is an issue. Anything we can do to add value for our employees and help them in what is a tough environment is important. The Licensed Trade Charity is a massive asset in this respect as it is a safety net for everyone in the industry when they have tough times, be it health, financial or other problems”.

The Licensed Trade Charity has been supporting workers in the industry for 226 years, and provided a presentation on its future plans and evolution which saw over 13,000 people receive help in 2018. It revealed that alongside its continued support on issues such as mental health, health, and education and training, its focus on assistance with money and housing is projected to see £1.5m in grants given out in 2021.

Chief Executive of the Licensed Trade Charity Jim Brewster said: “It was a fascinating and valuable meeting which allowed us to better understand the challenges that the industry faces in the future. This will allow us to ensure we continue to provide the best possible service to the trade and the hundreds of thousands of people who work tirelessly each day to ensure the pub trade is vibrant and successful”.