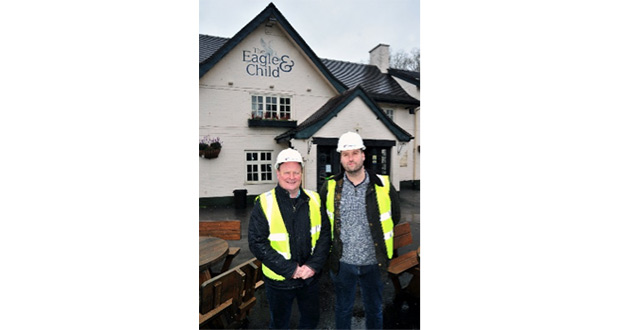 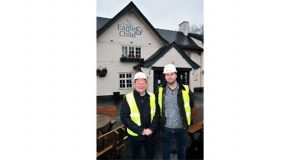 North West multiple operator, The Lytham Hospitality Group has taken on its third site with Star Pubs & Bars, The Eagle & Child in Weeton, and is undertaking a joint £750,000 refurbishment of it with the pub company.

Lytham Hospitality Group had been running The Eagle & Child in Weeton on a temporary agreement while plans were finalised. Their other SP&B sites are The Queens Hotel Lytham and Ship, Freckleton where they have increased trade by 40% and 24%. As a result of the refurbishment, they will be adding a further 25 jobs to the five they already created at the pub.

One of Fylde’s oldest pubs, it will re-open mid-May as The Eagle at Weeton, a top-end community focussed village pub offering fantastic food and drink and providing a village shop facility, selling bottles of milk, artisan loaves of bread, bacon by pound and fresh cakes, all at garden gate prices.

Funds are being spent upgrading the décor inside and out, bringing it up to date, whilst being sympathetic to its traditional character.

Once established, The Eagle at Weeton will introduce live music featuring local musicians and making the most of the garden, will possibly look to create their own ‘Weeton Fest’.

Ross said of the refurbishment: “We could immediately see the raw potential of The Eagle & Child. It was a sleeping giant which at one time had a reputation as a phenomenal food pub which we want to regain. We would like to become a real resource for the community, somewhere everyone can feel welcome, from cyclists and dog lovers to people wanting a drink with their friends and families wanting a Sunday roast.

“Our plan is to grow our estate from three to 10 venues over the next seven years, initially along the Fylde Coast and longer term across the North West.”

David Pritchard, regional operations director of Star Pubs & Bars said: “Ross and his partners have done a fantastic job at The Queen’s Hotel, which recently won a Star Award for the most innovative pub in the north west, won a Lytham in Bloom award and is highly rated on Facebook and Trip Advisor. Now with the help of this massive investment, they’ll be able to do the same with The Eagle at Weeton, which is well placed to capitalise on the major housing developments happening in the Fylde area. With Ross and his team at the helm, Weeton will have a fantastic village pub and resource the whole community can use.”