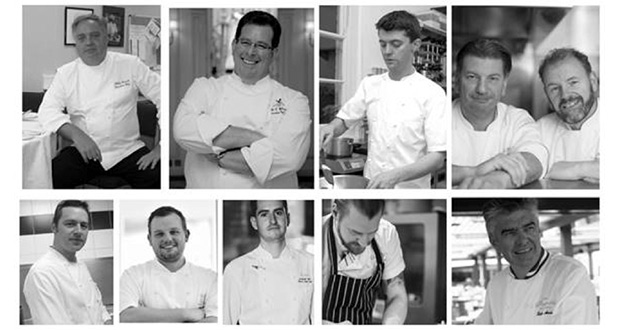 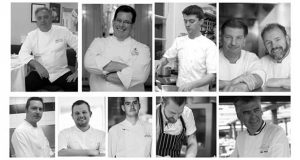 A unique line-up of leading chefs will team up with their protégés to generously volunteer their time and showcase a world-class menu as part of The Take 3 + 1 Colleges fundraising dinner in aid of Adopt a School, a national charity which promotes food education by sending chefs and hospitality professionals to local primary schools.

To further celebrate the next generation of chefs, catering students from Bournemouth and Poole College, University College Birmingham, Westminster Kingsway College and University of West London will also join the chefs’ teams, which is how the dinner gains its name ‘Take 3+1 Colleges’.

The fundraising event is particularly special as this will be the last year Philip Corrick hosts the event after 15 years of continued support of Adopt a School, as he will be retiring from the Royal Automobile Club later this year.

The flagship dinner will take place at The Royal Automobile Club in Pall Mall in London, with thanks to Philip Corrick. The evening will not only feature the four-course menu with matching wines; guests will also be treated to a Laurent-Perrier champagne and canapé reception, entertainment, and a raffle and auction of exclusive prizes.

All proceeds from the dinner will go directly to Adopt a School, a national charity founded in 1990 by the Royal Academy of Culinary Arts. Each year, Adopt a School works with over 16,000 children in primary schools, hospital schools, and youth clubs by sending chefs and hospitality professionals to local schools to teach pupils about cooking, healthy eating, food provenance, and sustainability. The Adopt a School programme operates across the UK, from Cornwall to Wicke, but works extensively within the North West, West Midlands, and London: areas which experience high levels of deprivation.

A special thanks to Philip Corrick for hosting the event, as well as Royal Academy of Culinary Arts members Chris Galvin and Jeff Galvin MCA, John Williams MBE, Philip Corrick, and William Curley MCA and their protégés Emile Galvin, Adam Smith MCA, Ben Gielen as well as Didier Aniès MOF. Adopt a School would also like to thank all four participating colleges for generously donating their time to make the evening such a success.

All information about the event and bookings can be made by contacting Alys Bannister, Adopt a School Programme Administrator either by emailing alysbannister@raoca.org.uk or calling Head Office on 020 8673 6300.