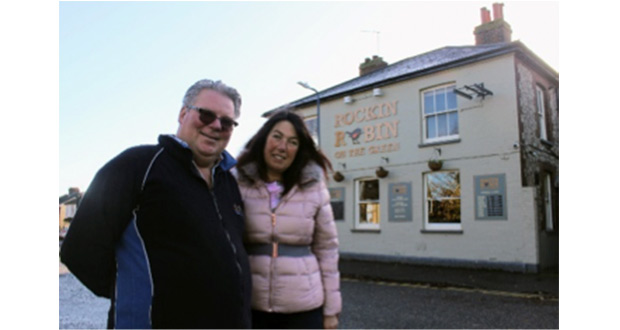 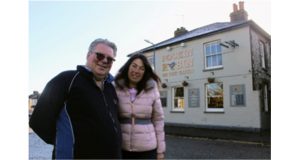 The Duke of Edinburgh in Barming near Maidstone, owned by Shepherd Neame, has been taken over by Rockin Robin and renamed Rockin Robin On The Green.

Shepherd Neame’s director of retail and tenanted operations Nigel Bunting said: “We will be supplying lagers, wines, spirits and minerals, while the majority of cask beer will be supplied by Rockin Robin. It is the first time we have undertaken this type of collaboration, but we are excited to be working with an award-winning local microbrewery on this unique project.”

Rockin Robin Brewery was founded in 2011 by brewer Robin Smallbone at his home in Loose. He initially produced just three barrels a week, but due to high demand moved to a 15-barrel microbrewery at a farm in nearby Boughton Monchelsea in 2014. Since then, the brewery has won numerous accolades from industry bodies including SIBA and CAMRA. Its Reliant Robin bitter was also runner-up for Kent Beer of the Year in this year’s Taste of Kent Awards.

He said: “I grew up near Maidstone and have drunk Shepherd Neame beer all my life, so I am very proud of this partnership with them. When I started brewing, I was inspired by the likes of Shepherd Neame and Harvey’s to make traditional beer, rather than off-the-wall ‘craft beer’, so it is amazing to now be working with them in this way.”

He was prompted to approach Shepherd Neame about taking on a pub following the success of the Beer Barn, a small function area which they opened at their brewery two years ago.

Robin said: “We are both from the area, as Michelle went to Barming Primary and I went to West Borough Primary, and we both attended Astor of Hever School, now St Augustine Academy in Maidstone. Michelle’s Mum still lives up the road. We knew the pub, as I have been drinking there since I was 18, so it seemed like the perfect choice.”