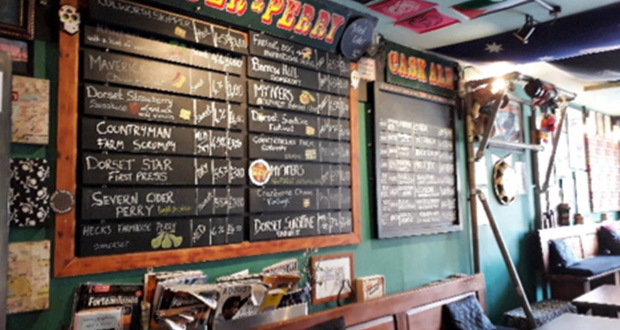 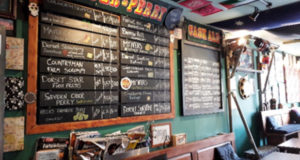 A former Blockbuster shop turned independent micropub has been named the National Cider Pub of Year 2018 by the Campaign for Real Ale (CAMRA).

The Firkin Shed in Bournemouth is an independently-run pub, stocking the best selection of real ciders and perries, cask ales, mead and rum. In 2017, it won local Cider Pub of the Year and Beer Drinker’s Pub of the Year for the East Dorset branch area.

Previously a Blockbusters store, the Firkin Shed opened its doors in 2015 and became the first micropub in Bournemouth. Using a shed for the bar, customers can choose from six constantly-changing cask ales and around 20 ciders from across the country. Beers are served straight from the cellar, which can be viewed through the window in the rear corridor. The micropub has been praised by customers for its cosy atmosphere, good music and strict no mobile phone policy, policed with a £1 fine towards the Dorset and Somerset Air Ambulance for offenders (though photos are encouraged).

“This year’s winner has only been open for three years, which is a great achievement. Paul Gray and his team have done brilliantly to convert a former video shop into a national award-winning and very popular micropub in such a short time.”

The Firkin Shed is run by ex-painter and decorator Paul Gray and his wife, Lisa. Paul says: “We’re truly thrilled to be receiving this award. We know we have a great range of locally produced real cider, but to be recognised as the National Cider Pub of the Year is more than we ever imagined.

“Having been open for just over three years, we’re part of the new community of micropubs on the UK pub scene. The Firkin Shed is about people coming together in a safe, happy environment, with a friendly atmosphere and of course, a decent pint!

“We actively buy from traditional cider makers and small producers, many of whom have cultivated their own orchards and share the same ethos. We hope that has been reflected in this award and that our success has shown there is a place for real cider in all pubs.”

The pub will be presented with the award on Monday 1 October at 1pm. The event will kick off CAMRA’s Cider Month promotion, with events taking place throughout October.

The other finalists, in no particular order, were the Cricketers Arms, St. Helens, the Blythe Hill Tavern, London and the Cellar Door, Newport, Wales.