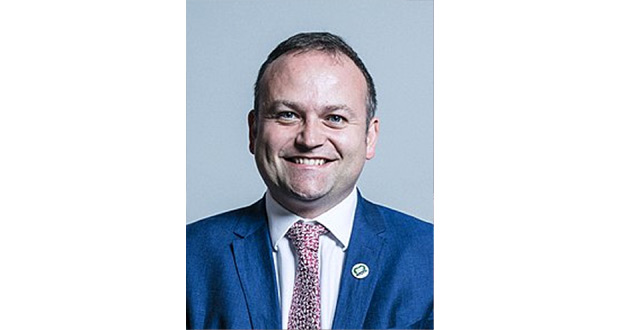 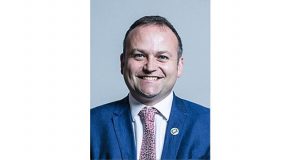 Neil Coyle, MP for Bermondsey and Old Southwark, has been announced as the new Chair of the All-Party Parliamentary Group (APPG) for Wines and Spirits.

Neil replaces Tim Loughton MP, who stepped down last month having led the group since 2014, having overseen growth in membership of the APPG to its largest number of members since it began.

At the most recent APPG AGM, Coyle, who has been MP for Bermondsey and Old Southwark since 2015, was elected to serve as Chair, and will assume the role immediately.

Coyle’s constituency is a hub for the UK wine and spirits industry. There are at least 3 distilleries across Bermondsey and Old Southwark, and the headquarters of several wine businesses as well as industry charities and merchants.

The Wine and Spirit Education Trust, known throughout the world as the leading educators in wines and spirits, are located in his constituency, as are the Institute of Brewing and Distilling, the charity Community Alcohol Partnerships, and the WSTA – so Neil is a natural fit for the role of Chair.

The WSTA acts as secretariat to the Wines and Spirits APPG and has worked closely with the group over the years by raising the profile of the industry and securing several freezes in wine and spirits duty – most recently for a freeze to spirits excise duty in the Budget last month.

“I am delighted to welcome Neil Coyle MP as Chair of the Wines and Spirits APPG. The WSTA works closely with the APPG throughout the year and I’m sure Neil’s enthusiasm for his new role will be hugely helpful. I’d also like to thank Tim for his 4 years of service as Chair of the Group.

“2019 will be a crucial year for wines and spirits – the shape and form of Brexit is still, at this very late stage, unclear, and that is providing an enormous amount of uncertainty for business. Whilst the treatment of spirits at the Budget last month was welcome, wine is still the subject of grossly unfair treatment by the Chancellor, and wine companies in particular have no more left to give as he continues to squeeze businesses in the sector for tax revenue.

“The efforts of the APPG will be vital if we are to undo some of the damage done, both at the Budget in October and as a result of Brexit, and I’ve no doubt Neil, in his role as Chair, will be more than up to the task.”

“I’m delighted to have been elected as Chair of the Wines and Spirits APPG. It’s a crucial time for the wine and spirit industry and I start in my new role as a welcome freeze in duty for spirits was announced at the Budget, whilst wine saw a rise in duty in line with RPI inflation.

“The wine and spirit industry in the UK is hugely important – supporting around 473,000 jobs and contributing £49 billion in economic activity. I look forward to working with colleagues on both sides of the House, and with the WSTA in their role as secretariat, furthering the cause of trade, jobs, and economy for the industry in the coming years.”