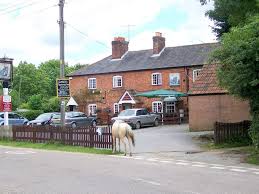 A pub at the centre of a community campaign to keep it open following its closure brewers Hall & Woodhouse has now been saved.

The community in the village of Woodgreen, near Fordingbridge, launched a campaign to raise £700,000 to keep their local pub open, following the brewers decision to put it on the mar

ket, however,  as villagers hit the £550,000 market it transpired that the Horse and Groom had been bought by a new owner and will reopen next month.

Landlord Jason Schinkel, who already runs The Bat and Ball in Fordingbridge and the Radnor Arms in Salisbury.runs situated in the area, has taken over the business.

The pub, which has been part of the local community since Victorian times, closed in September and was put on the market in June.

The popular watering hole was designated an asset of community value in a move which gave villagers months to submit a bid to save it.

Jason said: “I know this area well as I have been here for eight years now. I know local people and hopefully this will mean I will have a good following. The pub has a lot of potential and I think that it will be great as a food operated pub. I want to ensure we serve good quality food and I currently have a new chef lined up to work at the pub when it opens.

Jason added: “People have had concerns about the future of the Horse and Groom but I will definitely be keeping it as a pub and sticking to its traditional roots.”

Villagers who had campaigned to save the pub were disappointed they had lost out but called on locals to support the new landlord.

Julie Rich who was spearheading the community pub limited campaign said:”It is disappointing.

“We gave it our best shot and I don’t think we could have possibly done much more.”

More than a 150 investors helped to raise the cash, 96 per cent of those who invested live within a 15 mile radius of the watering hole.

Julie added: “It was an amazing effort and it was quite humbling. Jason is a fabulous publican but I hope the community effort shows the owner that residents are really behind keeping this as a traditional pub.