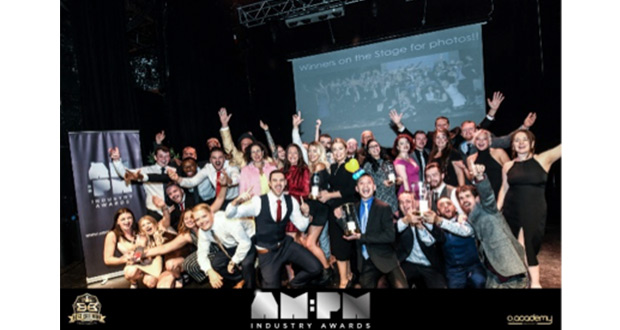 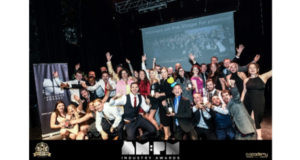 Businesses from the evening and night time industries enjoyed an evening of glitz and glam on Wednesday 12th September at the brand new AM:PM Industry Awards. Taking place at the 02 Academy Bournemouth, many venues from Bournemouth Town Centre, along with partners from the Local Authority, Police and the business community were in attendance to celebrate the town’s night time economy.

After ten successful years under the national Best Bar None Awards banner, the industry now has a new awards scheme, which celebrates the successes and achievements of their members. Different categories allow venues to showcase talent, enterprise and innovation, while the Best Bar None accreditation for responsible management will be retained, it will be a standard rating rather than an award.

As well as local venues, the new awards acknowledge individuals and groups on the periphery of the night time industry, including transport, community care, unsung hero and the authorities.

The event was hosted by Paul Kinvig from the Town Centre BID with the Mayor of Bournemouth Councillor Derek Borthwick as the keynote speaker. Senior Licensing Officer Sarah Rogers also spoke at the event along with Jon Shipp, Night Time Economy Co-ordinator for Bournemouth & Poole Tourism, who announced that the town has just been awarded the Purple Flag for 2018.