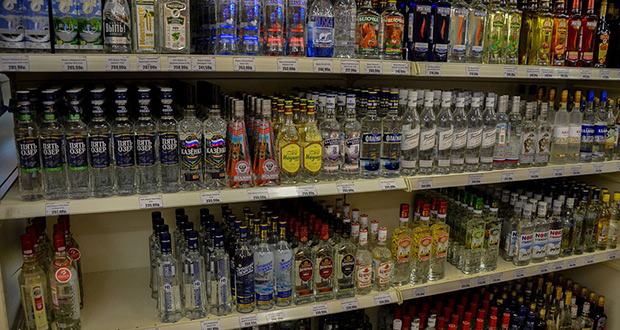 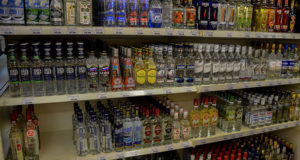 Cheap supermarket booze rather than alcohol taxes is the main reason why pubs are closing, according to a major new survey of North East landlords – while few have seen any benefit from tax cuts in alcohol duty over recent years.

Those are two of the main findings from a major survey of 200 publicans who were asked for their views on why British pubs are under pressure, future prospects for their business, and what landlords think the Government could do to tackle alcohol harm while helping our pubs to flourish.

The survey was commissioned by Balance, the North East Alcohol Office, and carried out by independent researchers.

With 70% of alcohol sold in the North East now bought from supermarkets and off licenses, it found:

Cuts on alcohol duty are often presented as a high profile measure to help pubs, but analysis by the Institute of Alcohol Studies has found they instead accelerate the shift towards supermarkets, making it harder for pubs to compete. Price comparisons for August 2018 show it is possible to buy 30 cans of 4.8% premium lager for £21 from one major supermarket – just 70p a can.

In 2017 alcohol duty was cut in real terms for the fifth year out of six. It has been calculated these policies will have cost the Treasury an incredible £8.1 billion by 2023 – enough to pay for either 34 million emergency ambulance call outs, 52,000 social care packages for older people, or 60 million hospital outpatient appointments .

Colin Shevills, Director of Balance, the North East Alcohol Office, said: “Britain’s pubs are clearly under pressure and we wanted to hear what local landlords are feeling. Too often the reasons for closures are put forward by multinational alcohol producers who have as much of a stake in selling it from supermarkets as in protecting the British pub.

“Landlords are clearly feeling the impact of cheap supermarket and off license alcohol, and they want something done about it. One of the patterns they have seen over recent years is fewer people coming out and more people pre-loading with cheap alcohol.

“The message is clear: it seems alcohol tax cuts are not passed down to pubs or their locals, and landlords want a more even playing field with supermarkets. One way to close that growing gap between on and off trade would be the introduction of a minimum unit price for alcohol in England.”

Professor Sir Ian Gilmore, a liver physician and chairman of the Alcohol Health Alliance, said: “At a time when our NHS is facing funding pressures and the Government has promised the NHS an extra £20.5 billion by 2023/24, the question is why we have seen several years of tax giveaways to the alcohol industry.

“This survey highlights very clearly that alcohol tax cuts have conferred little benefit onto pubs. At the same time, cheap alcohol is continuing to cause a toll of death and disease in England, with liver disease still the only major cause of death that is increasing year on year and at an alarming rate.”

The survey comes as major beer and alcohol producers lobby the government to cut alcohol duty further, even though only 4% of North East landlords in the survey blamed alcohol taxes for the closure of pubs.

Mr Shevills added: “On the one hand it is good to see publicans generally optimistic about the future. Well managed pubs play an important role in local communities but there are major health concerns with the growing dominance of cheap supermarket and off-license alcohol.

“What is clear from our survey is that publicans also support a number of measures which are being advocated by public health bodies. What is less clear is whether in opposing Minimum Unit Price and advocating further alcohol duty cuts, big alcohol corporations and their representative bodies are truly representing the interests of the great British pub.”

Kevin Hindmarsh, a pub manager and Vice Chairman of Newcastle City Pubwatch believes that minimum unit price should be introduced in England to tackle the sale of cheap alcohol.

He said: “I think supermarket alcohol is too cheap and prices should be raised. Pubs can’t compete and it is having a negative impact on our industry.

“We haven’t felt any benefits of alcohol duty cuts. They are only making alcohol cheaper in supermarkets, rather than helping to support pubs.

“Landlords also have a legal responsibility in harm reduction and they can monitor the amount people are drinking in pubs and bars, whereas supermarkets have no control over the amount of alcohol people buy or consume.

“We need to bring in minimum unit price to help combat the sale of cheap alcohol and the impact it has on our communities. Minimum unit price targets cheap alcohol products, such as the 2 litre bottles of cider, which are on sale in supermarkets and off licences. It is not going to affect the run of the mill pubs, as we cannot sell alcohol that cheap.”

The Institute of Alcohol Studies has found that the affordability of beer in supermarket and off-licences has risen by 188% since 1987, while the affordability of wine and spirits has gone up by 131%. Increases in alcohol tax between 2008 and 2012 briefly halted this trend and limited the price difference, but subsequent tax cuts have seen affordability rise steeply again in shops and supermarkets with beer 22% more affordable than in 2012.

Scotland introduced a Minimum Unit Price (MUP) of 50p per unit in May, and MUP is set to follow in Wales and Ireland. MUP is a designed to tackle the health impacts from cheap supermarket alcohol. A level at 50p per unit would largely affect the price in supermarkets but is estimated to only affect around 1% of drinks in pubs.