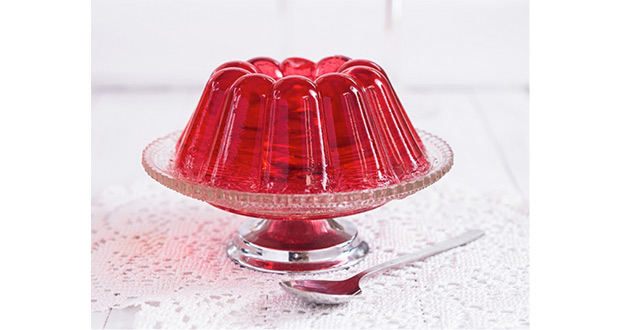 As we reach peak avocado and quinoa, and await Waitrose’s annual Food Report in December to reveal the new dishes and ingredients for 2019, new research from OpenTable reveals UK diners may actually be feeling nostalgic for simpler food eras.

With UK restaurants adapting menus to keep up with the ever-evolving food trends and new cuisines, diners have seen golden oldie favourites fall out of fashion with some even becoming extinct. In new research by OpenTable, the world’s leading provider of online restaurant reservations, the UK’s Endangered Dish list reveals the nation’s favourite retro dishes which have been disappearing off restaurant menus over the last 10 years.

Family favourites jelly and ice cream, bubble and squeak and quiche top the list as the three dishes the UK has seen falling off restaurants menus in the last 10 years. Whereas bubble and squeak may be nostalgic for some, two-thirds of the UK’s Generation Z audience (16-24 years), admitted they had never eaten the traditional British breakfast dish!

The survey proves that diners have a craving for nostalgic, home-comfort meals when dining out, with a quarter (23%) voting for gammon, egg and chips to make a comeback and 27% stating they would be more likely to visit a restaurant if the dish was on the menu. Whereas French dessert, Crepe Suzette, has had its day with less than 8% of the UK willing it to make a return.

Despite certain dishes falling off restaurant menus, the UK is still keen to get their retro fix in their own kitchen. Across the country gammon, egg and chips (37%) was the most popular throwback meal that Britain cooks at home, except for Londoners who voted for chicken kiev (24%).

Most recently the nostalgic food trend has been inspiring restaurants in London and across the UK to reinvent dishes from the 70s to noughties. From Jeremy Lee’s trout vol-au-vents at Quo Vadis to The Ivy’s sharing Baked Alaska with griottines; both savoury and sweet dishes are having a retro spin.

OpenTable found that UK diners looking for a throwback would opt for Angel Delight, with three-fifths (37%) claiming the powdered dessert is the dish that most reminds them of their childhood. Other individual responses revealed that ‘chocolate concrete cake with runny custard’, ‘blancmange’ and ‘corned beef hash’ were the ultimate childhood meals for them.

To combat this, next month OpenTable is inviting diners to step back in time at its Endangered Dishes dinner in London. The booking service is teaming up with one of London’s most talented chefs and Chef Patron of St Leonard’s restaurant, Andrew Clarke, to revive traditional dishes with a modern twist. Londoners will be treated to a night of food memorabilia with a three-course meal and introduction from Andrew on his Endangered Dishes inspiration.

Adrian Valeriano, Vice President, Europe, OpenTable, says: “During the 20 years OpenTable has been involved in the restaurant industry, we have loved seeing dining trends come and go and then return with creative, modern twists. We’re delighted to give the UK’s diners a one-off experience and relive some of their favourite nostalgic meals crafted and reinvented by visionary chef Andrew Clarke”.

Andrew Clarke, top London Chef, says: “I’m a big fan of classic British cuisine and have been heavily inspired by traditional dishes and cooking methods when putting together menus over the years. Whilst certain dishes from the 80s and 90s should definitely stay in that era, I’m delighted to be working with OpenTable to bring back some classics with my own spin.”