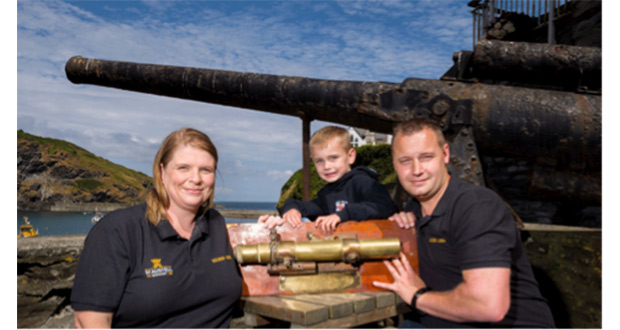 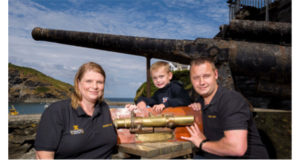 Port Isaac Performs In Memory Of SS MillyA special centenary service at the Golden Lion, Port Isaac to mark the 100th anniversary of the SS Milly, a merchant steamer sunk by German U-Boat action in World War One, is set to form the centrepiece of a day of celebration in remembrance of the entire crew and especially those who made the ultimate sacrifice for King and country.

The service, at 6pm on Thursday 6th September, will be led by the Reverend Dr Elizabeth Wild, vicar at St Endellion church, at St Austell tenanted pub the Golden Lion in the village and will feature a performance by Port Isaac Chorale alongside a rendition of the Last Post by serving marine Commodore Jamie Miller.

While the service itself forms a fitting and sober reminder of the consequences of war, the day itself –  planned by Golden Lion landlords Marc and Beth Kendall – is designed to be a wider celebration of the contributions made by local people to the war effort.

Locals and visitors alike are welcome to come along to the pub and join in the festivities from 12 noon onwards. Beers from local microbreweries from Padstow, Tintagel, Falmouth and Goonhavern will be available for sampling as part of a micro beer festival at the pub, alongside a special Centenary ale that we’ve brewed for the event from which 50p from every pint sold will be donated to local charities.

Following the 6pm service, musical performances by the Port Isaac Gulls and Josh Kernow will provide an atmospheric backdrop to the celebrations in the pub.

SS Milly, a 3000-ton British steamer, was built in 1904 by Sunderland ship builders William Gray & Co. and requisitioned for war transport work in 1914. On September 6th 1918, on a voyage from Brest to Barry, the armed merchant ship was torpedoed and sunk by German U-Boat Karl Petri (UB-87) south west of Tintagel Head, with the loss of two young mariners’ lives.

Both 18-year old Mess Room Steward Robert Hocking from Mutley in Plymouth and 17 year old Deck Boy William Sydney Eaton from Cardiff are named as lost at sea on the Tower Hill War Memorial site in London but they and the rest of the crew of the SS Milly will now be properly remembered locally with the siting of a special centenary plaque at the pub, to be unveiled at the remembrance service.

As Beth Kendal commented, “The Milly is part of the fabric of Port Isaac, especially the pub with the artefacts here that have been brought ashore by divers from the wreck. While those who lost their lives are remembered at the national war memorial in London, we just felt it was the right thing to do to have them honoured here locally and for everyone to join in a celebration of their lives.”

While the hunt goes on for surviving relatives of any of the crew members of the ship itself, anyone with any connection with the SS Milly is asked to contact Beth at the Golden Lion on 01208 880336, where more information about the service and the day of celebration and remembrance can be obtained.