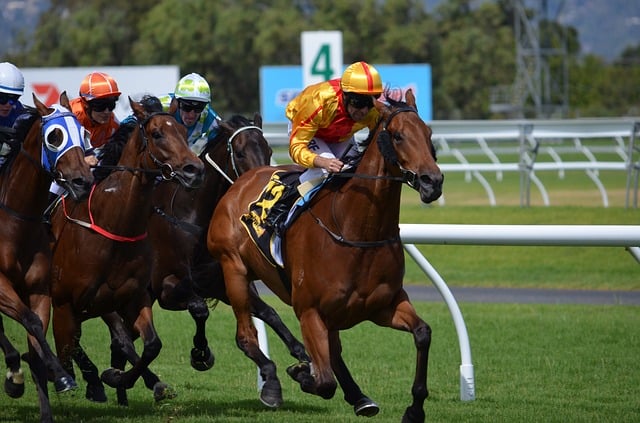 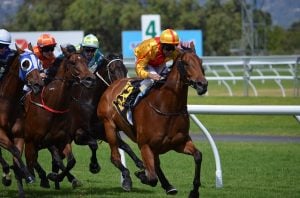 A POPULAR pub is set to go Grand National crazy as it raises cash for charity during a day of horsey high jinks.

Grand National day has always been popular in The Sun, but most people tend to join us for the big race
Staff at The Sun Inn Ulverston will be dressed as jockeys as they encourage punters to predict a winner in their good-cause sweepstake.

Meanwhile, a donkey derby-style racing game, complete with two commentators, will keep crowds delighted in the beer garden, with all profits going to charity.

Money raised will go to BLISS, a nationwide organisation which funds research into premature births and babies born with illnesses.

It is a cause close to the hearts of Scott and Kirsty Mackenzie who run the pub under their Lakeland Inns business. Their twin daughters, now a fit and healthy 18 months old, were born prematurely and required specialist care.

Kirsty said: “Grand National day has always been popular in The Sun, but most people tend to join us for the big race.

“What we’ve decided to do is make a full day of it, with plenty of fun, special offers on food, free bets for customers courtesy of our friends over the road at Betfred, and most importantly we will raise money for a wonderful cause

“We have invested in a huge new screen and will be showing every race from the Saturday meeting as excitement builds for the main event.”

Kirsty’s business partner and husband, Scott, is foregoing alcohol for a year in a bid to raise as much money as possible for charities. He has already raised enough for a special piece of equipment at the neo-natal intensive care unit at the Royal Lancaster Infirmary.

To keep energy levels high on what is one of the busiest days of the year, the hard-working staff at Betfred in Ulverston will be treated to a free platter of freshly cooked food as delivered from The Sun’s kitchen.

Kirsty said: “We are really looking forward to a fantastic day. While the weather can have a huge effect if you are attending the races in person, whatever it may bring on Saturday, we will be ready to go.”

The Grand National was first run in 1839, and is a handicap steeplechase over four miles 514 yards (6.9km) with horses jumping 30 fences over two laps. Up to 40 horses will battle it out to be crowned as champion at the iconic Aintree Course.

The red hot favourite for the race is last year’s Gordon Elliott-trained winner, Tiger Roll, which would become the first horse since Red Rum in 1974 to secure back-to-back wins.