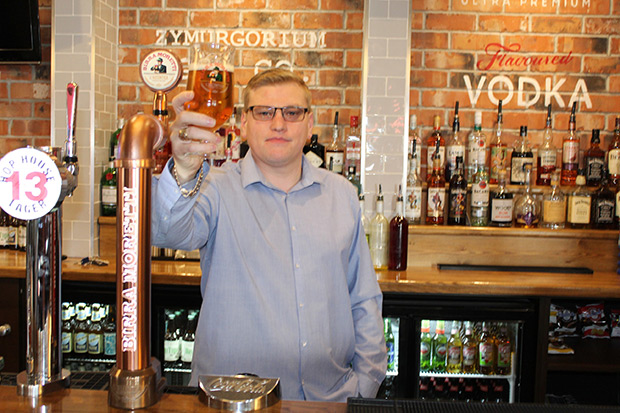 Wayne Dowson General Manager of both The Butchers and The Duke.

Two of Tyneside’s oldest pubs are saluting service men and women by offering them a free pint this weekend.

This Saturday (30 June) is Armed Forces Day, held annually to recognise the men and women who make up the Armed Forces community: from currently serving troops to Service families, veterans and cadets.

And, in a show of support, The Duke of Northumberland at Clayton Street and The Butchers Arms, at Shields Road, Byker, will be handing out a free pint on the day to anyone presenting a Military ID card or Defence Privilege Card.

The Duke of Northumberland is also known as The Clock because of the huge timepiece, which used to hang on the wall at the top of the building and served as a meeting point for city centre drinkers.

Built in the late 1700s as a private town house, it was converted into a pub in 1832, and is a firm favourite for home and away supporters going to the Newcastle United games at St James’ Park.

On the Shields Road in Byker, The Butchers Arms has been a pub since the 1800s.

Each pub recently underwent a £250,000 refurbishment by Newcastle-based owners the Malhotra Group plc and operations director Atul Malhotra said the decision to honour the Armed Forces was simple.

“The Butchers and The Duke have been welcoming the Services for almost two centuries,” he said.

“During each World War, soldiers, sailors and airmen on leave would head to them and, when peace was declared, the pubs were at the heart of the celebrations.

“This is our way of giving our Armed Forces a little something back – and it is with great pleasure we raise a glass to them.”

Those presenting the relevant identification will be able to choose one free pint of either Foster’s, Carling, John Smith’s or Strongbow.

For more information about events and opening times at each venue, visit