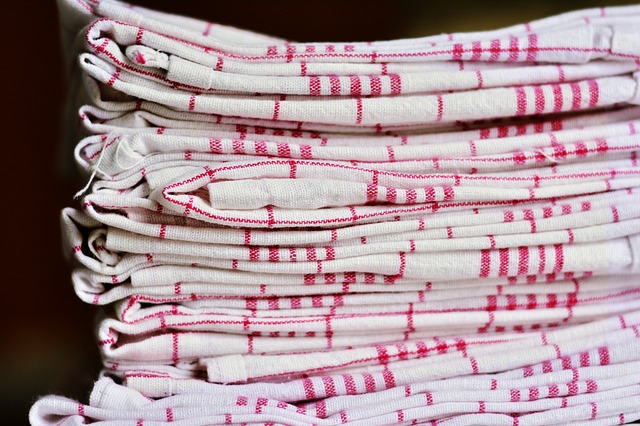 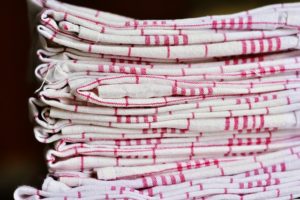 A new study presented at the annual meeting of the American Society for Microbiology, has revealed that re-using tea towels could pose a health risk and lead to food poisoning.

Scientists from the University of Mauritius examined 100 tea towels that had been used for a month and found that half the towels they analysed contained dangerous bacteria, such as E.coil.

E.coil is a type of bacteria common in human and animal intestines. The majority are harmless, but some can cause severe food poisoning, diarrhea and serious infection.

Lead author of the study, Dr Susheela Biranjia-Hurdoyal said: “In this study, we investigated the potential role of kitchen towels in cross-contamination in the kitchen and various factors affecting the microbial profile and load of kitchen towels.”

The bacteria, which can be fatal, was more likely to be found on towels used for multiple jobs, such as wiping utensils, and cleaning surfaces, as well as drying hands. E.coil was also more widespread among families following non-vegetarian diets.

“The data indicated that unhygienic practices while handling non-vegetarian food could be common in the kitchen,” Dr Biranjia-Hurdoyal said. “Humid towels and multipurpose usage of kitchen towels should be discouraged”