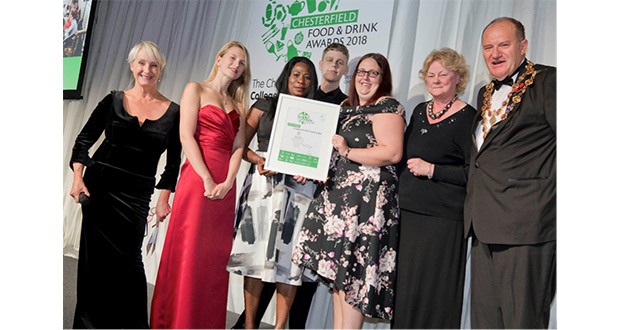 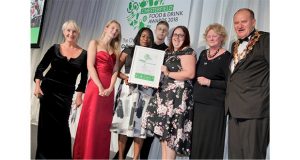 The award recognises more than £2 million of investment over the past 18 months which has been made in the hotel. In April earlier this year, Ringwood Hall Hotel & Spa was awarded the prestigious 4-star AA rating.

The former Georgian manor, which is set in 29 acres, further boosted its appeal in June when it opened The Garden Secret Spa. Only two months after opening , the spa was awarded the prestigious 5 Bubble rating – the first to be awarded within Derbyshire in 2018 – by the Good Spa Guide.

Commenting on the win Rona Davies, General Manager at Ringwood Hall Hotel & Spa said: “It’s a fantastic achievement to win the award. We’ve always been customer-focused, but this year, receiving four stars and opening our new Garden Secret Spa, we’ve really pushed the boundaries. At our new spa, all our treatments are bespoke, and you won’t find some of them anywhere else in the country.”

Based in Brimington, the four-star Ringwood Hall Hotel & Spa was one of 13 bars, restaurants, food producers, cafés and individuals to scoop an accolade across 15 categories in this year’s awards, organised by Destination Chesterfield.

Now in their sixth year, the awards recognise the very best in the town’s growing food and drink sector. Lesley Waters, who hosted the annual awards, explained: “I was delighted to host the 2018 Chesterfield Food and Drink Awards.

“There is a real passion amongst food and drink businesses in the area for using locally sourced produce. As well as supporting local business, it’s about using fresh ingredients and creating great food. I firmly believe the best food is made with passion and there is no lack of that in Chesterfield.”