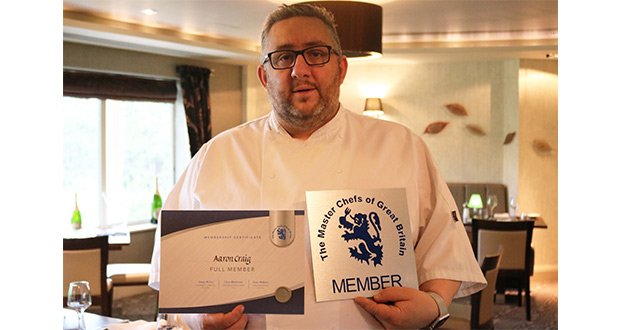 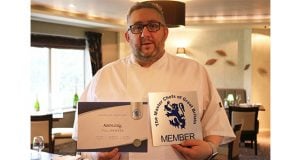 One of Rockliffe Hall’s Executive Chefs, Aaron Craig, has been accepted as a full member of the Master Chefs of Great Britain (MCGB).

Formed in 1980, the association has an exclusive membership made up of some of the most notable head chefs, chef/patrons and head pastry chefs around the country. The MCGB’s main aims are the training and development of young chefs and the promotion of the best produce available in Britain. Members put particular emphasis on the use of locally sourced, seasonal foods when preparing their award winning menus.

Aaron, who heads up The Brasserie restaurant and New Hall dining at Rockliffe Hall, Hurworth, County Durham, has worked at the five red star resort for five years.

Before joining Rockliffe Hall, Aaron, who lives in Richmond, North Yorkshire, worked as head chef in a number of critically acclaimed restaurants, many at 2 or 3 rosette level, and also worked at Heston Blumenthal’s three Michelin Star Fat Duck restaurant in Bray, Berkshire.

He discovered his love for cooking whilst in the British army. At 16 he was too young to go on patrol during tours so was sent to the kitchens. He immediately realised he’d found his vocation.

Aaron is already an advocate for supporting local food producers and works with Darlington College, most recently partnering with catering students there for the hotel’s Aspiring Chef of the Year Competition. He says: “I am delighted to have been accepted as a full member of this elite group of chefs. The MCGB puts so much emphasis on helping develop the next generation of exceptional chefs and I look forward to working closely with them to support this.”