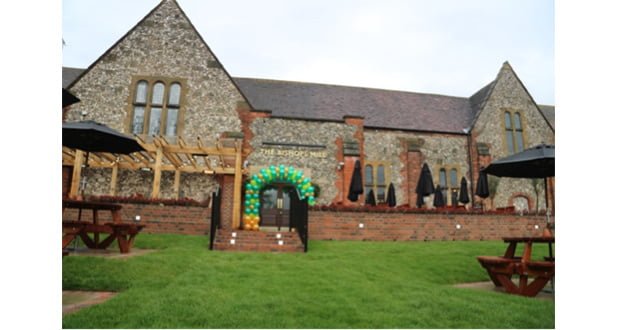 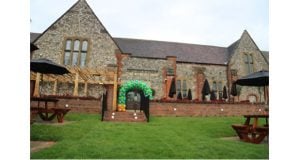 A pub in Salisbury, which became the centre of the nerve agent investigation over a year ago, has reopened on Friday, signalling the town’s return to normality.

The Bishop Mill on Bridge Street was of the place where former Russian spy, Sergei Skripal and his daughter Yulia, visited when they were found poisoned with Novichok on a nearby bench.Returning to its original name of The Bishops Mill, the pub was officially opened by Salisbury’s mayor Cllr Mike Osment in a ceremony at 11am, where he was joined by environment minister Therese Coffey and the pub’s general manager Emma Dodge.

Visitors were given a tour of the refurbished building, which has undergone a major transformation following a significant investment, and Minister Coffey had the opportunity to pull one of the pub’s very first pints with Salisbury MP John Glen, as the pub’s team welcomed the Salisbury community back through the doors.

Greene King undertook a complete renovation of the building, after it was handed back by DEFRA last year. Given the building’s listed status, this meant planning consent needed to be sought from Wiltshire Council and permission was granted in January, with building work starting in February.

The pub also hosted a soft launch during the evening of Thursday 4 April, where local businesses and individuals directly impacted by the Novichok attack were invited for a free meal and drink at the pub to mark its return.

Therese Coffey , Environment minister said: “I am absolutely delighted to be here to join the formal reopening of the Bishop’s Mill to customers today. Salisbury and the surrounding area have shown incredible resilience since March last year, and today’s event marks another really important milestone in its return to normality. The government remains committed to supporting Salisbury as it gets back to business, and I look forward to seeing both the pub and the city thrive as its economic recovery continues.”

“It’s brilliant to be back open again and I can’t wait to welcome everyone in Salisbury back through the doors. This has been a tough time for our city and it was great to show our appreciation last night for some of the people who have been directly impacted by events of the past year. It’s amazing to see the new-look pub after its investment and the transformation and we’re now looking forward to putting a great venue back at the heart of Salisbury. This has been a tough time for everyone involved and we hope our improvements help give the pub, the city and the wider community a welcome boost for the months and years ahead.”