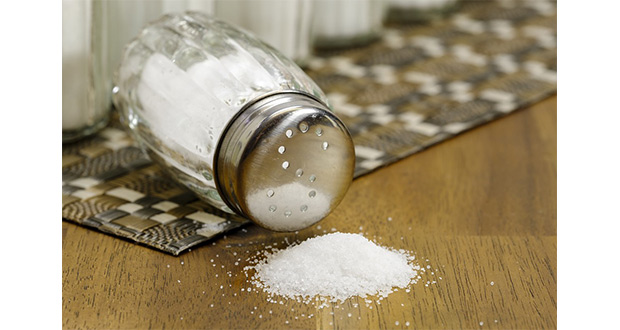 A NEW nationwide product survey by Action on Salt, the expert group based at Queen Mary University of London, has exposed the astonishingly high amounts of salt found in children’s Out of Home (OOH) meals, which demonstrates dismal progress made by the sector following a similar survey carried out in 20152.

Today, Action on Salt is calling for urgent high salt warning labels on children’s menu dishes with more than 1.8g of salt per serve (i.e. the 2017 salt target for OOH children’s meals set by Public Health England3 (PHE)) and follow New York City’s example which alerts consumers to high salt meals to help families and parents find healthier options. It’s imperative that families know what is in their child’s food and until clearer nutrition labelling is introduced to the OOH sector, companies should take responsibility and reveal the dishes that are high in salt, says the experts.

Of the 351 meals surveyed, of which 12 were sent for laboratory analysis, 41% (i.e. 145) were HIGH in salt, with more than 1.8g of salt per portion. If colour coded labels used in supermarkets were used in the OOH sector, these meals would have a red label for their high salt content5.

The worst offender for salt content was TGI Friday’s Chicken burger with crispy fries and baked beans with an astonishing 5.3g/portion – that’s almost as much salt as an ADULT’s recommended daily limit of salt (6g) and equivalent to more than 11 bags of ready salted crisps!

29% of the 218 meals surveyed in 2015 had 2g of salt or more per portion (i.e. the maximum recommended intake for 1-3-year-olds7) compared to 37% of the 351 meals surveyed in 2019. This highlights the complete lack of commitment of the sector to reduce salt in their menus, and a lack of care for consumer health.

Of the dishes that appear in both the 2015 and 2019 surveys, 39% have achieved a reduction in salt content BUT 20% have seen no change in salt content and a worrying 40% have actually INCREASED in salt.

When it comes to the variation in salt levels in meals of a similar type, the findings reveal a big difference. For example, the saltiest burger meal had SIX TIMES more salt than the least salty burger meal:

The majority of children’s meals in the OOH sector include side dishes BUT a salty side dish can add an extra 1g of salt to the meal compared to a low salt side dish. Lower salt meals were available across all outlets showing how unnecessarily high salt meals are.

Mhairi Brown, Nutritionist at Action on Salt explains: “This survey highlights the shocking levels of salt still present in many children’s meals, even though it is well known that dietary habits formed in childhood influences what you eat for the rest of your life. Protecting children’s health should be a priority for all food and drink companies – the out of home sector must act now and take salt off the menu for children.”

Zoe Davies, Nutritionist for Action on Salt and FoodSwitch says: “Thankfully, many products in supermarkets display colour-coded front of pack nutrition labels which allows consumers to take personal responsibility and use apps, such as the free FoodSwitch app, to compare products and find the healthier option. It’s time for the out of home sector to take responsibility and offer us the same level of information.”

This Salt Awareness Week, Action on Salt are calling for: