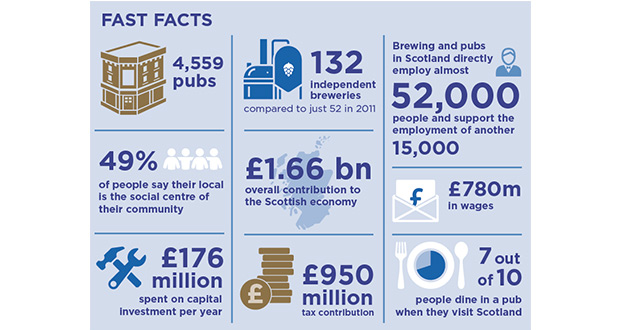 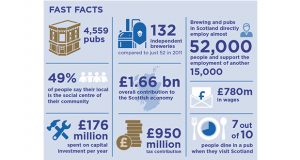 The Scottish Beer & Pub Association (SBPA) – the trade association for brewers and pub companies in Scotland – welcomed MSPs to the Kilderkin pub on Edinburgh’s Royal Mile last night (Tuesday 19th) in a celebration of the great Scottish Pub.

The SBPA also used the opportunity to launch and highlight a series of initiatives to be developed throughout 2019, which will give operators of tenanted and leased-pubs added support and assistance in running their business. These new initiatives will supplement the 2016 Scottish Code of Practice, which expanded on existing protections in place under a Code of Practice that had been in operation on a UK-wide basis.

The four initiatives are:

“I was delighted to welcome a good number of MSPs from across the parties at Holyrood to Kilderkin on the Royal Mile last night.

“As an industry, we are committed to supporting our tenants in running the best pubs in Scotland and this package of initiatives – which will be developed and built-on throughout the year – backs this up by providing a range of assistance. We are continually reviewing the support we provide, as we know our member businesses cannot prosper unless individual, local pubs also succeed.

“The initiatives include the creation of a new Scottish Pubs Governing Body (under the auspices of the Pub Governing Body) to build on the first ever bespoke Scottish Code of Practice launched in 2016. They also include greater support for communities with the potential for new services, such as Pub is the Hub, and greater flexibility to stock local products.

“Pubs still require the support of parliamentarians and governments to be successful though, and that is why we launched this with MSPs at the heart of Holyrood. The industry has faced an uphill battle in recent years with numerous pieces of legislation and regulations impacting the viability of running a successful pub.

“We need to make sure that any legislation that might impact our sector is carefully considered and with the support of MSPs we can continue to grow this industry, which supports 67,000 jobs and adds £1.66 billion to our economy every year.”